As some of you may recall, T. Mack and I delved into The All Souls Trilogy back in 2015. We read the goliath of a novel that is A Discovery of Witches, drank some moscato, and dropped our wine-honest thoughts on camera so you could decide for yourself whether it’s worth the read (You can check that out here). But even though the series was a hefty endeavor, I still found some magic in it, and when I heard it was being made into a TV show, and that many of my favorite actors would be cast in leading roles, I couldn’t wait to check it out. That was four years ago! But finally, it’s here! I binge-watched it like a lunatic, and here’s what I have to say about this slightly pretentious, vampire/witch romantic drama:

END_OF_DOCUMENT_TOKEN_TO_BE_REPLACED 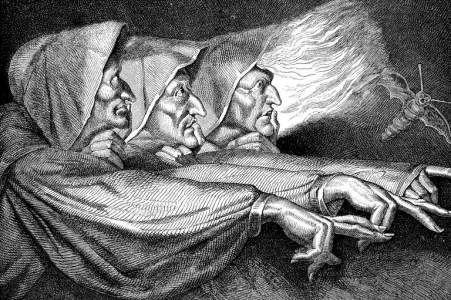 It’s Fall, y’all! There’s finally a chill in the air and the leaves are showing their true colors. Apple cider is readily available, the kiddos are dressed up in their cutest costumes, the grownups are dressed in their geekiest gear, and there’s candy EVERYWHERE. I absolutely adore this time of year. Fall is my favorite season. In no small part because right about now, my witch obsession is not considered weird. Since the witching season is finally upon us, here’s a list of 5 of the best witching families to revisit this time of year.

END_OF_DOCUMENT_TOKEN_TO_BE_REPLACED 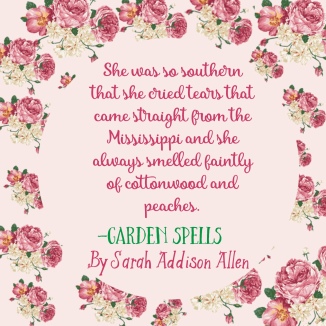 “How you plan on getting’ all these home?” says the farmer who owns the pumpkin patch. He’s in his mid-fifties, in good shape for his age, tanned, and dusty from hauling gourds out of the field all day.

Any other day, Cecilia would be admiring his sturdy frame, imagining what he’d look like naked beneath her purple mandala sheets; but the scarecrow in the field behind him has her full attention. It’s unlike any scarecrow she’s seen—twice the size of most, and dark as if shaded by a different light than the world around it. Its body is made of sticks and tattered burlap, flapping heavily in the breeze. Dried pumpkin vines climb up its support beam on either side, giving the semblance of legs if she lets her eyes blur out for a moment. But what makes the scarecrow oddest of all, is its head: a sun-bleached deer skull, with great, curved antlers. Three sharp offshoots jut up from the major curved point of each horn, and a break in the jaw adds to the eeriness.

“Ma’am?” says the farmer, louder to get her attention.

She shakes her head. “Sorry. Yes. I’ll come back for the rest, if you’ll just sit them somewhere off to the side for me.”

She points. “That’s some scarecrow you have there.”

He turns to look at it, as if he’s forgotten the hulking thing stands constant vigil in his field. “Oh, that’s Marvin,” he says. “We call him ‘the guardian of the patch’. Don’t do much about the birds, but he sure keeps the kids from sneakin’ in and smashin’ ‘em in the night.” END_OF_DOCUMENT_TOKEN_TO_BE_REPLACED

This summer, we spent each month on a trio of monsters. Each of us covered a specific beastie and highlighted why they were better than the rest. Of course, we all have our personal favorites. Which specific monster reigned in each category?

Read on to see if your favorites made the list. END_OF_DOCUMENT_TOKEN_TO_BE_REPLACED

Have you ever considered how many different cultures create the foundation of modern America? It’s a lot. Consider it for a moment and really think through it. There’s Native American, British, Spanish, French, African, Chinese, and too many others to list here. Now consider this… every single one of these cultures has some form of legend or belief in witches and witchcraft. Even when they’re not called witches exactly, there is someone in the history of nearly every culture who could be put in that classification. It’s such an interesting thing to think about- all these different beliefs, customs, languages, and practices that meld together to make our unique culture. But they all have witches in common. Is it any wonder that witches play such a prominent role in our entertainment, from literature to plays to television to movies? No matter the medium, witches are iconic and legendary. 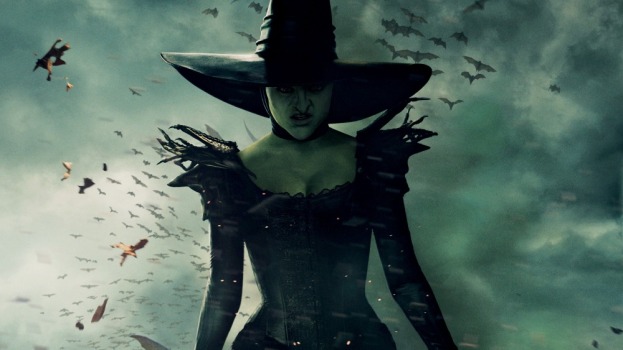 I love witches and greatly adore them as part of my entertainment. I enjoy witch stories. I gobble them up. Almost all witches get my love: spell-casting witches, potion-making witches, good witches, bad witches, natural witches, practicing witches, whatever. And in case you were wondering, I absolutely count wizards, warlocks, sorcerers, and mages in this category.  Fortunately for me, there is lots of entertainment that features these folks and lets me enjoy them in all their magical glory. I’ve even found that if you pay special attention, there are some pretty fascinating things you can learn from witches and their stories. Allow me to break it down.

Here are ten things that makes witches so amazing and what they’re able to teach us about ourselves: END_OF_DOCUMENT_TOKEN_TO_BE_REPLACED

Hey, geeks! Summer is almost upon us! You know what that means: blockbuster movies, beach reads, and the unfortunate but necessary television hiatus. Never fear! We here at Sister Geeks have something special brewing for you this summer. And we’re hoping it- along with your vacation, your Netflix binging, your movie-watching, your book-reading, and your swimming- will help the weeks and months fly by.