In case you didn’t know, today’s the day, geeks! You can now watch TFA in your homes! So in honor of this holiday among the light-saber wielding, bun wearing, yoda-heads, here’s some fun to help us celebrate: END_OF_DOCUMENT_TOKEN_TO_BE_REPLACED

May 6, 2016 is almost here! I am getting pretty excited for the latest installment in the Marvel Universe. Captain America: Civil War will be upon us before you know it, and the movie bigwigs just love to keep teasing us. Two new TV spots and still images were just released. Check them out. END_OF_DOCUMENT_TOKEN_TO_BE_REPLACED

A few months back, the internet was introduced to Lord Ingvard’s versions of female super hero costumes along with this explanation:

“I love comics and superheroes as much as the next nerd, but the women’s costumes—sweet mother of Moses!—the COSTUMES. At the very least, highly impractical. And at worst, incredibly sexist. I mean, EXTREMELY so.

END_OF_DOCUMENT_TOKEN_TO_BE_REPLACED

First and foremost, HAPPY SAINT PATRICK’S DAY!!! I hope you are all wearing your green…or you will get pinched. Seriously. And don’t forget the green beer!

END_OF_DOCUMENT_TOKEN_TO_BE_REPLACED 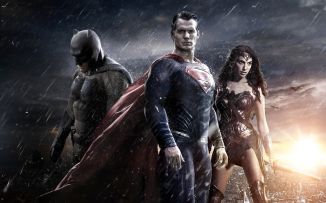 Batman V Superman: Dawn of Justice premiers on the 25th, so in case you missed any of it, I’ve compiled the most recent news stories surrounding the franchise. Spoilers ahead, so avoid the red to spare your innocent mind! END_OF_DOCUMENT_TOKEN_TO_BE_REPLACED

So excited to share with you the latest update on Fantastic Beasts and Where to Find Them! A newly released video announced that J.K. Rowling will be debuting four new original stories in a series titled “The History of Magic in North America.” They offer a glimpse into what we will learn more of in the upcoming movie trilogy. The stories premiered on Pottermore on Tuesday, March 8th. They are only available on Pottermore! END_OF_DOCUMENT_TOKEN_TO_BE_REPLACED

As production continues on the four new movies/episodes of Gilmore Girls, the revival continues to bring on more and more of the original cast – and one new face that is as excited to be in Stars Hollow as we are to have her there.

END_OF_DOCUMENT_TOKEN_TO_BE_REPLACED

The Harry Potter world went crazy yesterday when Pottermore announced that there will a new book coming to the wizarding world. Well, sort of. Let’s get some of the facts straight. Harry Potter and the Cursed Child is the continuation of the Harry Potter series, but the book will actually be a re-telling of the script of a play of the same name that is staged in London. The play starts July 30th and the book will be available in hardback on July 31st. Rowling, along with Jack Thorn and John Tiffany, created the play. END_OF_DOCUMENT_TOKEN_TO_BE_REPLACED

On Sunday, David Bowie passed after an eighteen-month struggle with cancer. He will be greatly missed.

Bowie was best known in the geek world for his role as the Goblin King, Jareth in Jim Henson’s Labyrinth, and his breakout role as a lonely alien in The Man Who Fell to Earth. But perhaps he was best known worldwide for his music career. He wrote and performed such hits as “Changes”, “Let’s Dance”, and “Under Pressure”. His album Blackstar released last Friday.

We’ll miss you, our fantasy king. Good luck and Godspeed.

How did this one slip through the cracks? 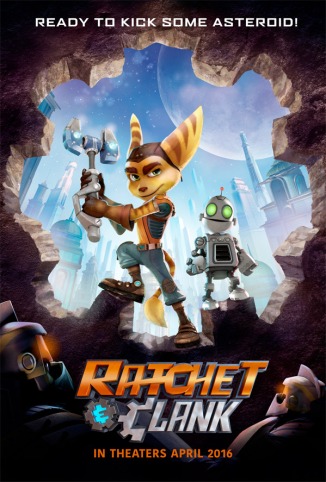 This weekend, I took the fam to see The Good Dinosaur, Disney’s newest animated feature. But better than that pointless film, was a trailer before the movie. Yeah, you heard me. The trailer for Ratchet and Clank was better than The Good Dinosaur. END_OF_DOCUMENT_TOKEN_TO_BE_REPLACED