Many of my friends enjoy watching films and television shows that engage the fear center of their brains. They enjoy being scared, creeped out, and terrified by the the images and suggestions on the screen. From It and Halloween to American Horror Story and The Haunting of Hill House, these folks enjoy the adrenaline rush that fear brings. They actually get irritated if the film or TV show doesn’t scare them as sufficiently as they hoped it would when it began. For the record, I am not one of those wacky, fear-chasing people.

I do not find being afraid a desirable emotion. For me, fear = bad. I don’t like scary movies or TV shows, whether they be true life tales or complete fiction. It doesn’t matter. Count me out where horror is concerned. I will go so far as to enjoy horror elements in a movie or show that is not really designed to create fear, like Supernatural. However, I steer well clear of true horror that is meant to trigger “fight or flight” and create fright. Instead, I enjoy getting my emotional fix from being moved, emotionally touched, or inspired by a story.

In the last few years I have found myself drawn more and more to dramatic fare that tells moving and inspirational stories. These films and shows draw me in emotionally, then use long closeups and sweeping music to manipulate me into crying over something that has happened, is happening, or will happen very soon. The experience can be overwhelming, but it can also be cathartic, allowing an escape from my own drama and issues by getting wrapped up in someone else’s. The emotional release of crying for the characters seems to allow some of my own pent up stuff to be released right along with whatever I let go of for them. While I usually try to stay away from things that are truly sad in that crushing way that totally drains me emotionally, I have found several shows and movies that walk the fine line of staying entertaining, exciting, and even humorous while still allowing for some serious emotional tension and release. A few examples of such shows and films are: 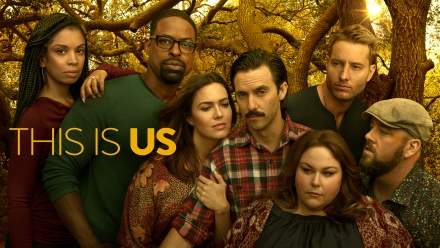 This series, currently between its 3rd and 4th season on NBC, follows a family of two parents and their three children through several different time periods throughout their lives. The show is told non-linearly and is more interesting for it. Wikipedia lists the show as “a comedy-drama…with tragic elements.” I would call it a family drama with comedic and tragic undertones. But that’s all splitting hairs. 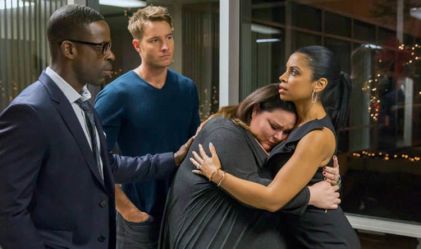 The point is that it’s quality television. The lives and relationships of these characters are touching and we, the audience, are moved by them, often to tears. The show makes most of us regular viewers cry at least once every other episode or so. However, we always look forward to the cry and tune in week after week, season after season to see how they will make us cry next. The show has been renewed for three more years, so now is the perfect time to jump in, catch up, and join us on this emotional roller coaster of a series.

I’ve talked in the past about the fleeting 2008 TV series of this same name, but there is a new New Amsterdam in town and other people besides me actually watched this one. This 2019 series is loosely based on the memoir of a real-life person. It’s about a doctor who takes a job as the new medical director at a public hospital. He immediately begins making radical changes in order to break down the bureaucracy and make healthcare better for every patient that comes to the facility. Oh, and he has cancer. 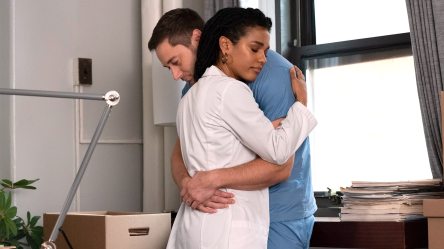 The show is fast-paced and funny with a stellar cast. Like most medical dramas, everything that happens feels a bit far-fetched, but it’s fun and interesting enough that you find yourself just going with it anyway. Nearly every episode has at least one story line that is touching enough to bring tears to your eyes. So much tension. So much emotion! So many tears. It’s seriously the best!

Have you watched the new Queer Eye series on Netflix? Trust me… This is not your mama’s Queer Eye for the Straight Guy. This show takes what that show did and builds on it for a new millennium and a new generation. It’s not just for straight guys any more. Jonathan, Karamo, Tan, Bobby, and Antoni are here for everyone!

They are here to help us all see, hear, and get to know each other a bit better, see and hear, and get to know ourselves a lot better, and get to know the idea of acceptance completely. Nearly every episode of this show will bring tears of inspiration and joy because these guys are helping other people see the good in themselves and along the way, finding some great they didn’t know they had inside. If you don’t take away anything else from this article, do you yourself a favor and check out this show! Just make sure you have a box of tissues nearby when you do. You’re going to need them. 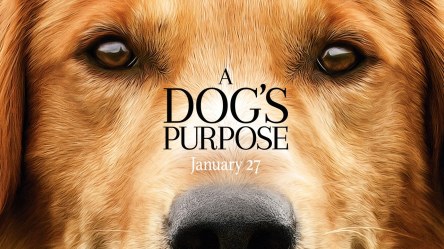 The sequel to A Dog’s Purpose, titled A Dog’s Journey, just hit theaters earlier this month. The second film did okay at the box office. But when I heard anyone talk about it at all, I mostly heard them say, “I don’t want to go to the movies to cry.” I think that’s so weird because these are the same people who will run to the theater to be scared shitless by the latest horror concoction or made sick by the newest gore-fest torture porn. How are those options better than connecting emotionally with a loving dog and his devoted human? I just don’t understand. Here’s what I do know, though…

This film was excellent! The journey this dog took during this film to discover where he belonged and what the purpose of his life should be was entertaining, touching, moving, and clever. I cried at least twice during the course of the movie, but the end had me smiling brightly. I’ve watched this movie enough times since its release to have lost count of exactly how many times I’ve seen it. And I, for one, fully intend to see that sequel. If you haven’t checked out this movie yet, I think you should give it a chance. You just might find that crying is not nearly as bad as you thought.

And here’s how I know everyone who says they never want to cry at a movie or TV show is completely full of crap! Because everyone I know who says that has seen Disney-Pixar’s Up. And we all agree that it has one of the most stellar opening sequences of any movie in recent film history, if not all of movie history. And we also all agree that is due to the rise and fall of Carl and Ellie’s relationship and the emotional journey that we take with them by witnessing the journey of their life together and his loss when she passes away. We also all agree that we all cried when Ellie died. Each and every one of us. We cried. We just did. Because it was heart-wrenching and we’re not monsters!

It was the build of emotion and the emotional release that drew us into the entire rest of the film. It was only through our emotional connection in the beginning that anything that came after made any impact at all. We only cared about Carl’s journey after Ellie died because of the journey we’d gone on with Carl and Ellie and the tears we’d shed for her along with him. The film and our experience of the film are both made better for those tears we shed. And our collective pop culture is better because we all shed those tears together and the emotion of that moment connects us all.

That’s the power that movies and television have. They have the power to move us, touch us, and inspire us. They have the power to make us emotional. And that’s a good thing. Because connecting to our emotions helps us stay connected to ourselves and each other. Getting emotional over characters on a screen means we’ve empathized, sympathized, and related to those characters. Doing so reminds us to do the same to the real people around us. It let’s us practice putting our guards down so we can be empathetic of those around us, remember that others are going through things, and have compassion. We need these reminders in our lives, especially when we have to spend so much time hardening ourselves against the harshness of the reality around us. It’s easy to become jaded. But getting emotional about a film or TV show is safe, and therapeutic, and cathartic, and good practice for real life, where some of us might need to remember to get a little more emotional.

What’s your preference… frightening fare or something more dramatic and emotional? Or do you prefer action or thrillers? And what are some of your favorites that bring out the best emotions for you?  Let me know in the comments below.

4 thoughts on “So Emotional: Saying No to Fear, but Yes to Tears”