AMC just finished airing the first season of its show, Dietland. The series is based on a book of the same name by Sarai Walker. Both the book and the series follow mostly the same plot and focus on the same basic themes: self-acceptance, facing inequality and rape culture in our society, and the notion that women have much more power than they give themselves credit for. While the show and book both have some tough parts to get through — TRIGGER WARNINGS for those who, like me, are sensitive to descriptions and depictions of rape in literature, television, and movies — they do provide what I believe to be a much-needed commentary on our current culture’s obsession with a particular standard of beauty and the double-standard of expectations for men and women.

Both iterations of Dietland revolve around Plum, a woman of low self-esteem who wages a life-long battle with her weight, perpetually lives in a cycle of dieting, and has finally decided to take the step of weight-loss surgery. Plum makes a living posing — in writing — as the picture-perfect editor of a teen girl’s magazine. She answers the hundreds of emails that young women send to the editor so that said editor doesn’t have to do it herself. Plum actually spends her days answering emails to young women whose greatest fear is to be exactly like Plum. Yes, it is as sad as it sounds. Plum’s world is actually a sad, steady pattern. She wakes, goes to a coffee shop to answer emails for work, goes to her “Waist Watchers” meetings, where her self-loathing is reinforced, and then goes back home and back to bed. 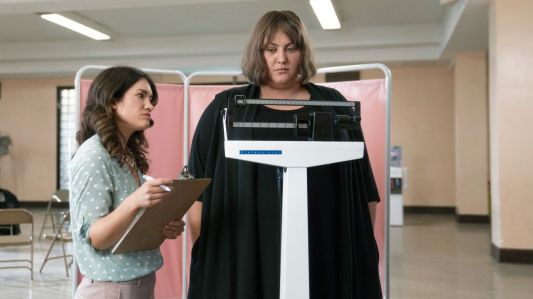 One day, Plum’s solid, predictable, and comfortable routine is interrupted by a young woman with heavy eyeliner and combat boots who seems to be following her. Before she knows what’s happening, Plum has been pulled into a new world filled with women who challenge everything she knows about herself and understands about the world around her. In the meantime, a new terrorist group has started targeting powerful men who victimize women. The political and cultural tides are turning and women are starting to take power. While Plum tries to decide what she thinks of everything, she begins to suspect that she might be closer to the center of it all than she realizes.

The book, Dietland, is a good one. It’s not great. It’s not the best I’ve read in a really long time. But it is a good book filled with excellent commentary on skewed American beauty standards, the unhealthy nature of self-loathing, the need for self-love and self-acceptance, the inequality of objectifying women versus men, and the purveyance of rape culture in our society. That’s a lot to pack into a single book. Sarai Walker manages it, though. And she does it well. The story she tells is fluid with a good pace, a coherent and well-connected plot, and characters that we as readers care about. Wrapped up in all that is a mystery that slowly unravels. By the end of the book, we know if it connects to our main character and if it does, how it does. We know the things that triggered all the different elements that brought the various women in Plum’s new life to where they are and how they all ended up being connected to her. The book gives us all the things we want of it. Then it abruptly ends. We know how everyone ended up where they are, but we don’t get to know where anyone is going from there. We get an ending, but not a real conclusion. Or maybe it’s the other way around.

In a way, I understand it from a writer’s perspective. The story this book was telling had ended. Whatever would happen next would be another story. So, as a writer, I can see why the book ended where it did. But as a reader, I was caught off guard when I realized there was with nothing beyond the last sentence. I spent a couple hours thinking about what it was I wanted the book to give me beyond what it did. Really, I can’t think of anything. But the fact that the end of the book surprised me means that it either: 1) shouldn’t have ended there or, 2) shouldn’t have ended quite the way it did. Since I can’t figure out what else I might have wanted from the story after the ending, I suspect it’s the latter. For the most part, though, it’s the only problem I have with the book. Unfortunately, the end of a book gives us the feelings we take with us when we walk away. So even when a book is great for 299 pages, if the final page 300 is no good, then the whole endeavor can fall apart. I’m not saying that’s what happened here, but it almost is. Despite that, I recommend picking up Dietland for a read. The social commentary it highlights needs to be thought about and discussed. These issues need to be brought to the forefront. And women need to remember the power they have. We also need to remember the flip side of these arguments. Not all women who diet are doing it because they have self-hate or because they want to meet an unattainable and unrealistic beauty standard. Some just want to be healthier, feel better, and feel better about themselves. And it’s okay to want to be seen as pretty and desirable. We just need to make certain we don’t lose ourselves to the endeavor. I think Dietland is an excellent reminder of that.

AMC did an excellent job of turning Sarai Walker’s book into a television series. The 10-episode season follows the fist 2/3 of the book nearly plot-point-for-plot-point with only the slightest changes. As the later part of the season goes on, however, the show begins to diverge from the source material in subtle, then more overt ways. Joy Nash is excellent as Plum and carries the show beautifully with assistance from her co-stars like Julianna Margulies as her magazine editor boss, Kitty, and Tamara Tunie as Julia, one of the new women in her life. The series showcases all the same social issues as the book. However, it spends less time describing certain disturbing situations for non-featured characters while bringing those same issues closer to home by putting primary characters in situations that do not appear in the book. At the same time, the mystery that mostly plays out in the background of the book is brought more the forefront of the television series. Plum narrates the series and from the beginning of the pilot episode, suggests that she is strongly connected to the terrorist group that is killing men all over the country, though the story that plays out before us does not show us how that connection has been forged… yet. This is all a diversion from the book and by the end of the first season, Plum has taken a path that is quite diverged from the one on the pages of the source material. These changes are not a bad thing, however. I am a firm believer that printed material that becomes broadcast material (TV or movies) should be respected, but refined for the changed medium. The changes that were made here make the story a bit more complicated, but they also make it better for television. And they definitely give it the opening it needs to take the series into a second season, for which the book does not give material. 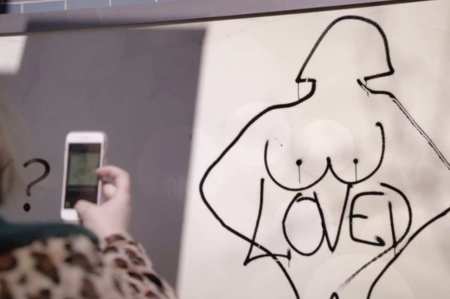 So far, the series hasn’t been picked up for season 2. However, I’m hoping it will. I like the show. As a matter of fact, I like it enough that I read the book after watching it. This is one of those rare times, though, where I’m actually going to recommend the show over the book. If you’re only going to give your time and energy to one or the other, I recommend giving the show a try. It gives you the same social commentary as the book, but the series actually adds a bit of extra spice to the whole cocktail. And due to positive reviews and viewership, there will likely be more to come. I recommend you give Dietland a try. Episodes are available to stream on amc.com and amazon.com (where they are free for PRIME members).

Have you read or watched “Dietland?” What did you think of it? Let me know in the comments below.

3 thoughts on “Double Dose of Social Commentary: A Review of Dietland (the book & the show)”