If you’re not watching CW’s latest superhero offering, Black Lightning, you’re missing out! The show is based on DC’s first black hero to headline his own comic series. It centers around Jefferson Pierce, a school principal and father of two who also happens to be a retired superhero. Pierce has sworn off his vigilante ways and hasn’t donned his super suit in nine years. He’s tried to inspire people and fight corruption from an official standpoint instead. But he’s failing. His neighborhood has been overrun by a gang known as The 100. When the gang violence hits too close to home, Pierce decides that the time may have come for his alter ego, Black Lightning, to make a come-back.

The series uses the current political and racial climate in America as a backdrop. It then builds on that to open discussions about the right and wrong way to fight for social justice, about making choices regarding which lines can and can’t be crossed in the name of the greater good, and about the nature of heroism. All that just in the first episode.

Black Lightning is technically but not actually part of the CW’s “Arrowverse,” which includes Arrow, The Flash, Legends of Tomorrow, and Supergirl. This means that while there is mention of other superheroes in other towns, the series is not yet linked to any of the others. It is not a spin-off like Flash and Legends. Nor is it yet a companion like Supergirl. So far, there is no cross-over with the other series nor has there been a solid set-up for one. Except for that brief mention, Black Lightning exists completely outside the other DC superhero shows, at least for now. 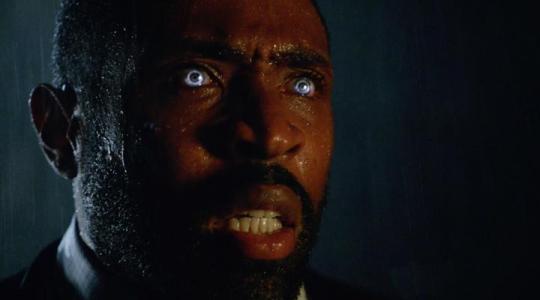 So far, that seems like the right move. Black Lightning feels different from the other shows. This is likely because it feels more grounded than the other shows, more real, and more connected to our own world and the issues in it. The series is actually reminiscent of the Netflix/Marvel show, Luke Cage. It has a similar theme, feel, and depth. Not to mention, it has the same boldness in facing current social issues head-on. But while it can remind one of that other series, this one holds its own and stands unique by having the elements of family that Luke Cage lacks.

The show is well-acted, as most CW superhero series are. Cress Williams is terrific as Jefferson Pierce, and Christine Adams is wonderful as always as Lynn, his  estranged wife and mother of his children. Nefessa Williams and China Anne McClain play Pierce’s independent and opinionated daughters, Anissa and Jennifer, who are destined to become superheroes in their own right. James Remar is great as Peter, Pierce’s technical guru/sidekick/confidant/”Alfred.” And I simply cannot fail to mention that Jill Scott is also on this show, cast as a villain and being fierce, fabulous, and quietly terrifying. It’s utterly wonderful! 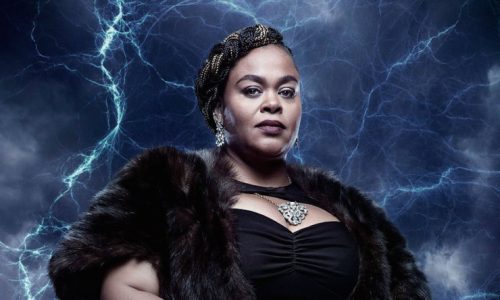 Black Lightning is off to a very strong start after premiering January 16th of this year. The show has actually managed to offer something refreshing in the superhero genre on a network that everyone believed was maxed out of what it could do with superheroes. We were wrong. When I heard the show was coming to the CW, I was convinced it was completely unnecessary and would be a waste of my TV-packed time. The first episode proved me wrong and I find myself falling deeper in love with this show each and every week. If you dig superheroes like I do and you haven’t yet checked it out, I recommend you change that situation as soon as possible. Because “Black Lightning’s back,” and he deserves our support!

Black Lightning airs every Tuesday on the CW at 9pm/8ct. Now is the perfect time to catch up. You can stream the show on the CW app.

Have you watched Black Lightning yet? Do you think it has the staying power to compete with the rest of the Arrowverse? What do you like or dislike about the show? Take to the comments and let me know your thoughts.