Everything you’ve heard about DC’s Wonder Woman is true. It’s a really good film–the best DC has managed to put out so far. It features a terrific script, stellar performances, an amazing musical score, and a full visual color spectrum. The film lives up to the hype and you should definitely make time to see it in theaters. However, there is one element of the film that has gotten less attention than these others. That is the fact that this movie is, in it’s own way, a coming of age story about the loss of innocence. In watching the movie and thinking about it in the days following my viewing, this idea kept coming to the forefront of my mind. I think it deserves to be highlighted, so here we go…

Wonder Woman, aka Diana Prince, begins this film by telling us that she used to want to save the world. This introduces us to the beginning of her story, when she is a small child. Young Diana wants to be a fighter and her mother is too protective to allow her to learn the art of combat. She tells Diana a simplified, fairy tale version of reality and spends the next two decades of Diana’s life keeping innocent ideas alive in Diana’s mind. Eventually, the real world collides with Diana’s and she makes the decision to venture forth into it. Unfortunately, she takes her innocence and somewhat childish ideas with her.

And here the real story begins. It is the tale of Diana’s awakening. It’s the account of how she is forced to let go of her childish views of the world and face harsh realities that all adults eventually must: Not everyone is good; Sometimes there is not one person to blame for the bad things that happen; While one person can make a difference, it’s impossible for that same single person to fix all the world’s problems.

Seeing Diana go through that journey and face those realizations is in turn captivating, humorous, and heart-wrenching. One particular scene is executed so perfectly that I want to buy another $12.00 movie ticket just to sit through it again. It’s the moment when Diana turns to the person she trusts most and asks, “Why?” The conversation that follows is so real, relatable, and honest that it’s actually heartbreaking. 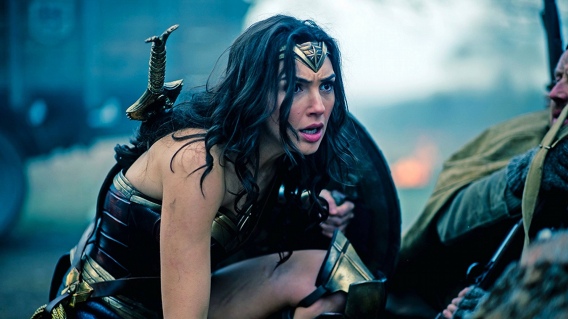 As the film progresses, Diana must decide how to move forward. Her innocence has been shattered. The ideas that she has known as absolute truth since her childhood are dashed. And like all of us, she must make a choice how she will respond. When childish dreams and fanciful ideas are crushed, what do we do? How do we move forward? What direction do we take on this new road map we’ve been given? These are the choices Diana faces. And despite all the heroic things she has done up to that point, it is only at that moment with that choice that she will truly become a hero… or fail to do so.

I highly recommend you go see this film if you haven’t already. If you have, let’s you and me go see it again together. Because the journey that Wonder Woman takes to lose her innocence and find herself is one worth watching more than once.

Have you seen Wonder Woman? Did you love it? What was your favorite or least favorite thing about the film? Let me know your thoughts in the comments below.