This will show my age, but the first Disney princess I remember is Ariel. I competed with my friends for the best mermaid hair in the pool, yearned for my own shimmering green tail, and sang Part of Your World so many times, my mom banned it from the house. And with her bright red hair and rebellious streak, she’s a female role model who stands the test of time.

Whether they’re falling in love with a handsome prince or singing to lure sailors to a watery grave, I’m fascinated by mermaids in media. But what is it about these saucy sirens that appeals to us land-locked mortals?

I can’t speak for everyone, but for me, it starts with beauty:

What’s more appealing than a beautiful woman gliding gracefully through the water? Add a bit of magic, some seashells, some shimmer… and they’re simply awe-inspiring.

Here’s some mermaid beauty booty you can snag on Etsy: 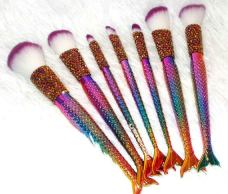 Get the brushes here, the seashell makeup kit here, and the mermaid shimmer highlighter here. I featured a Little Mermaid Geek Chic a while back with more items. And if you drink like a fish (and you know I do), check out T. Mack’s Mermaid Geek Chic here.

And here’s a beauty you can make yourself:

Most mermaids are known for their beautiful singing voices. Ariel is the most memorable example, but even the brutal mermaids of Pirates of the Caribbean: On Stranger Tides sing.

And here’s a clip from Mako Mermaids, an Australian TV series you can find on Netflix:

(Side note: The sirens of Greek mythology sang enchantments that caused sailors to crash their ships on the rocks, but those creatures were half bird, not half fish. Somewhere along the line, the two morphed into the modern singing mermaid.)

Mermaids are fantastical and magical:

Some mermaids can control the weather, read minds, and more on top of being able to breathe underwater and speak with sea creatures.

Mermaids are often portrayed as brave, heroic creatures and symbols of female power: 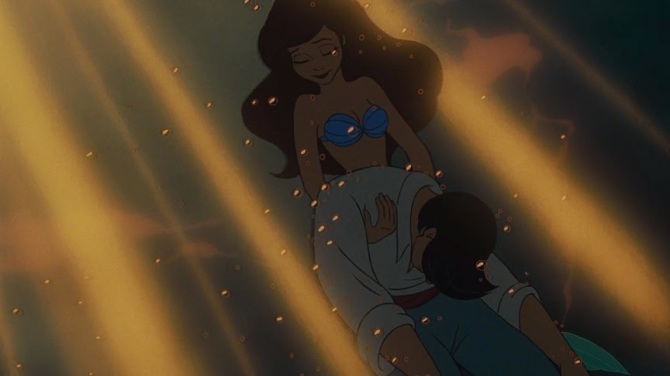 Ariel went against everything her people, and her powerful father, stood for. She fought for what she wanted, risked her life for the cause, and earned her happily ever after the hard way. A lot of people discount Ariel as a symbol of feminism because she did it all for love, but long before Ariel rescued the handsome Prince Eric, she knew she wanted to be a human.

And don’t forget Aquamarine, who thought she had to find the love of surfer-boy Jake, *SPOILER AHEAD* but her girlfriends are the ones who prove to her that love really exists.

Plus, check out this ridiculous, but indisputably-badass clip from the Chinese film The Mermaid:

But some mermaids are straight-up scary, and I’m okay with that:

Check out this clip from She Creature, a 2001 horror film:

And if you want something a bit more current, check out the preview for the upcoming Freeform show, Siren:

We always want what we can’t have:

Whether you want to be with someone who’s waaaaay out of your league, or you want your own fins, most of us can relate to poor Ariel, who yearns to be human, but is told repeatedly to make the best of the life she has. How awesome would it be to live under the sea, to dive among the wreckage of a thousand sunken ships, and explore the unknown world beneath the waves?

Though, you can have a tail if you really want one, from the affordable…: 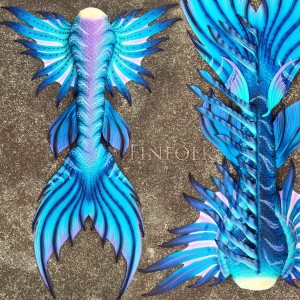 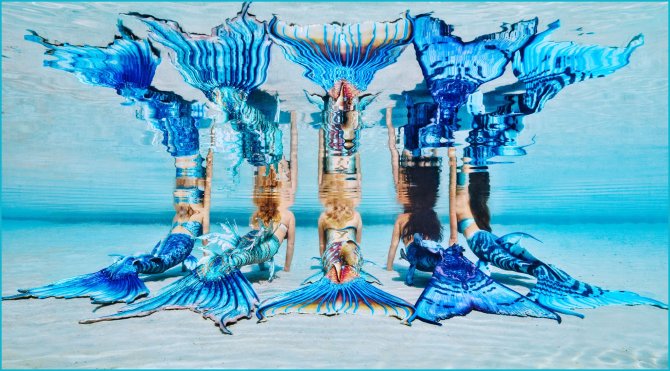 Mermaids appeal to our sense of wonder, and our love of whimsy:

The mysteries of the deep sea will always pique our curious nature, and what is more mysterious and wonderful than a mermaid?

Why do you love mermaids? Do you have a favorite mermaid movie? Let us know in the comments.