All right, I’m going to make a shocking admission right here, right now. You’re going to be floored when you hear what it is, especially given the nature of our site, but here we go: I don’t watch much television. Between kids and work and life, I have become infinitely pickier about what I watch. With that in mind, I am here to declare that I have devoted some of my precious television-watching minutes for a wonderful program that I highly recommend to all of you: The Golden Girls.

Whaaaaaaaaaaaaaat? Yep, you read it right there. I have decided to start watching a show that debuted more than thirty years ago on a regular basis, thanks to Hulu. It’s been a worthy addition to my day and I beseech you to add it to yours as well. Here are ten reasons why you should do that. 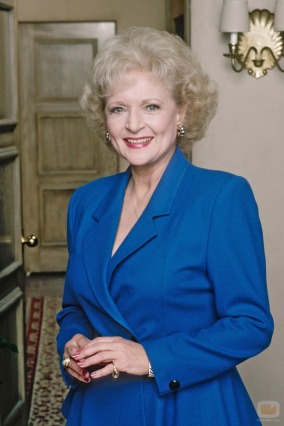 It took about a season for her St. Olaf stories to become what we remember the show for, but her Waltons-esque upbringing in Minnesota sure made for lots of anecdotes that provided ample comedy for the quartet. The writers made good use of Rose’s idyllic life in St. Olaf, almost to the point of making the characters one-dimensional. Her quirky hometown rivals Stars Hollow for its charm. 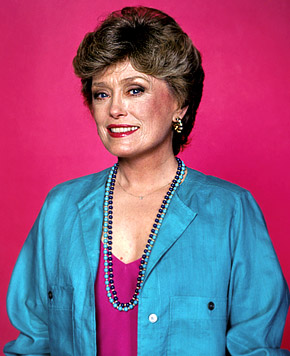 Much like Rose’s St. Olaf stories, the writers on Golden Girls milked Blanche’s men for all that they were worth, using her copious carnal adventures as much as they could. Nearly every episode featured a new man just as Emily Gilmore seemed to have a new maid in each episode of Gilmore Girls. One of the many benefits of Golden Girls is that you need not have seen each episode to know what’s going on. Blanche’s beaux might change from episode to episode or from season to season, but her adventures were not unlike any single person. She did look for love, she did commit, but she also embodied the challenge of anyone’s later years: how to find one that would stick given how much she had already invested in the husband that she had lost?

To this day, many years later, I still remember ALL of the words to the theme song. I still remember it coming on my television nearly thirty years ago. It’s ubiquitous and iconic, just like Betty White herself. 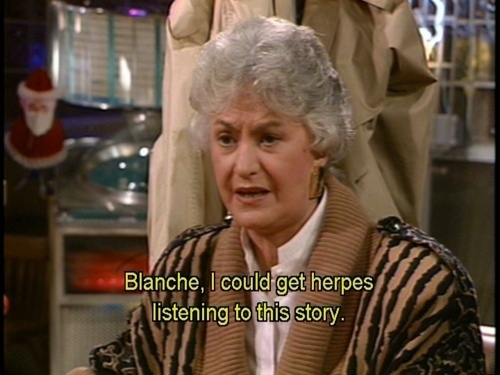 I must have been clueless back in the day, but I never knew how many jokes and references there were to sex until I started watching the show again. If one thinks that television in the twenty-first century is too vulgar, then shows now must not be as skilled at hiding their content behind euphemisms and innuendo as shows like Golden Girls or, conversely, the audience (*ahem* us) got older and clued in – finally.

I never thought I would say this, but another reason that I have enjoyed revisiting Golden Girls is the way that the women interact with their adult children. Now that I’m a parent and my children are getting older, I see the conflicts from both the perspective of their children and from the perspective of the women themselves. When Dorothy’s daughter comes to visit and Dorothy thinks that her daughter might be pregnant, I remember being the daughter telling her parents she was pregnant and, at the same time, I anticipate the joy of being the parent who has a child that might be pregnant (one day). Watching the show at this age is such a different experience than it was at a younger age. 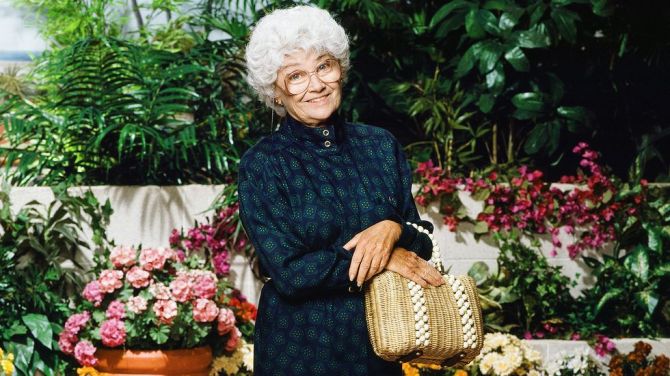 I didn’t realize when I watched the show as a young person that Sophia had had a stroke and that was why her personal filter was broken. One thing I’ve noticed sitcoms like to employ is comedy from tragedy; Sophia’s stroke might have been a serious medical issue, but, instead, her apparent recovery – sans social filter – provides laughs galore. Her comments border on political incorrectness, especially when Blanche’s overweight daughter comes to visit, but because she’s 80-something, she gets away with it.

I went the mall one day not too long ago and saw acid wash jeans. As a child in the 1980s, I wore acid wash jeans, much to my chagrin as an adult. Like my mother before, I lamented the return of fashions that don’t seem to have stood the test of time. On Golden Girls, many of the fashions may be cringe-inducing now, but they are nice nostalgic looks back at shoulder pads, puffy sleeves, and pastels as well as a reminder that we shouldn’t go there again. *shudder* 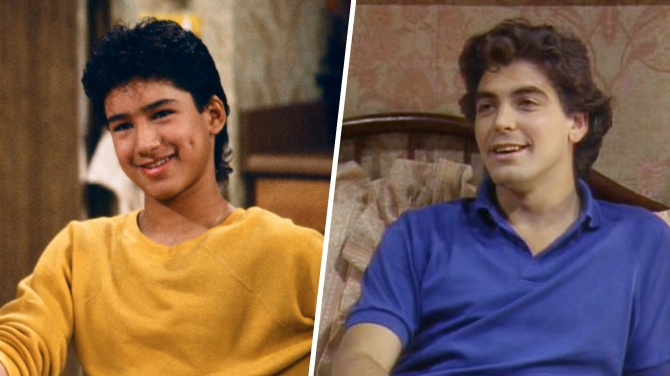 The show had its fair share of guest stars, a parade of faces that even millennials might recognize: Burt Reynolds, Sonny Bono, Bob Hope, Mario Lopez, George Clooney, Jerry Orbach, Quentin Tarantino, Debbie Reynolds, Dick Van Dyke, and more. It seems Clooney got around on 1980s television: he also appeared on Roseanne, The Facts of Life, Murder, She Wrote, and more. 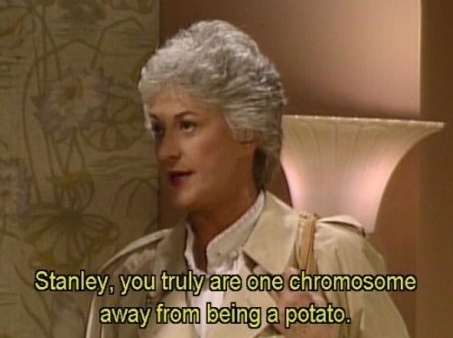 Supposedly Sophia had a stroke and that explains her lack of a filter, but what about Dorothy? Her biting tongue permeates nearly every interaction with her roommates, especially Rose. At times, I admire her brashness and wish I could be like that and, at others, I’m amazed that her roommates don’t walk out on her. She professes that Blanche is one of her best friends, but then they all mock Blanche for her sexuality. At times, Dorothy’s acerbic nature might echo what the audience is thinking, but her constant sarcasm isn’t as timeless as it could be given how borderline mean she is to her companions. 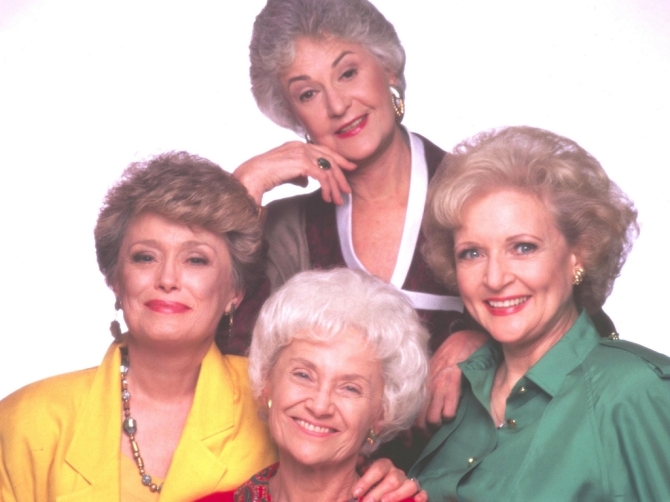 When the show premiered in 1985, I was eight years old. I did not see all of the social issues the Girls handled at that time, but, upon viewing as an adult, I see now how progressive the show really was. Not only was the premise itself ahead of its time, but the issues they addressed were ones that we still debate thirty years later. Aging? Women’s sexuality in later life? Marriage equality? Alzheimer’s? HIV? Racial prejudice? Disability? All were issues addressed throughout the show, often on more than one occasion. Between the slut jokes and Rose’s dippy responses to life were some complex and sensitive portrayals of issues that we deal with still, all surprisingly prescient in their appearance onscreen.

There you have it: ten reasons why you should be (re)watching The Golden Girls. Sure, the fashions might not hold up to the test of time, but the writing, the acting, and the personalities sure do. If you need a good throwback show to stream on a lazy Sunday afternoon, welcome Blanche, Rose, Dorothy, and Sophia back into your home. You will enjoy your time with the Girls.

Are you a fan of this classic show? Maybe you want to be? Share your thoughts in the comments!