The film, Logan, is many things. It’s the tenth installment in the X-Men movie franchise. It’s the third Wolverine film within the same set of movies. It’s Hugh Jackman’s last turn as the titular character. And it’s only the second R-rated superhero film in this new Golden Age of Superhero Movies. It’s also an incredibly complex emotional journey for the characters and the audience. It’s a fitting tribute to the character, both from the comics and as he’s been played by Jackman for the last 17 years. You read that right… 17 years! The film is the truest interpretation of the character that’s ever been allowed on the silver screen (due in large part to its R rating). It manages to be a superhero movie while also being a gritty western.The movie is perfectly gory and violent. It is heart-wrenching and tragic. It is a great story, a beautiful work of cinematic art and a downright excellent film.

X-Men films have taken quite a few journeys through time. While they started out in what could be considered an alternate present, they have jumped several times to the past and at least once to a bleak and hopeless future. Logan takes us to a future much different from the one that was wiped out in Days of Future Past. This future is one where mutants have been hunted to extinction, the X-Men have been reduced to comic book fiction, and no one considers mutants heroes any more. In this future, Charles Xavier and Logan are both old men, surviving by staying off the radar and mostly just waiting to die.

Enter a young girl who needs Logan’s help. He says a definitive, “No.” More than once… more than twice. Despite Charles’s insistence that Logan must help the girl, he is ready to leave her to whatever unfortunate fate awaits her. Until he sees her capabilities. Then he can no longer ignore her. And he cannot leave her behind. So their journey begins. And while there is physical travel involved, that’s not really the point. The true significance of the entire adventure is not where the characters end up physically. What matters is the changes that happen to them along the way.

Logan is arguably the best X-Men film thus far in the franchise. The cast has no weak links. The story is solid, without many of those pesky, gaping plot holes so many of the franchise’s films have included. The characters are respected and done justice. The villains aren’t caricatures or clowns. The violence is startling and the film speaks to the horror of it. The stakes feel real and everything isn’t wrapped up in a neat little bow. 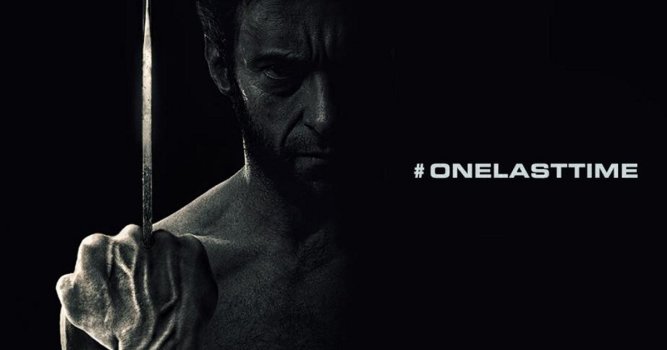 In the end, I walked out of the theater sad to see Hugh Jackman’s Wolverine go but immensely satisfied and looking forward to watching this film again as soon as possible. I highly recommend you see this movie. Sooner rather than later. In theaters if at all possible. Be prepared to be shocked, amused, saddened, and inspired. This film is not for the faint of heart… or stomach. But it is for those who have loved (or even just liked) Hugh Jackman as Wolverine. It is for those who like a good story. It’s for anyone who enjoys seeing characters learn and grow and change over the course of two and a half hours. This is a movie for movie lovers, whether they love superhero movies or not. Go see this film. I don’t think you’ll regret it.

Have you seen ‘Logan?’ Did you love it? Why or why not? What has been your favorite and least favorite X-Men movie until now? Why? I’d love to hear from you. Share your thoughts in the comments below.

8 thoughts on “Goodbye, Wolverine: A Review of ‘Logan’”