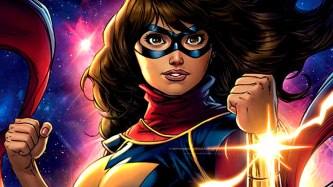 Marvel Comics has been working hard to diversify their cast of characters in recent years. They have focused efforts on making more of their superheroes women as well as people of color. The results have been positive: Miles Morales as Spiderman, Kamala Khan as Ms. Marvel, Jane Foster as female Thor. Now the company is taking things to another level. And I, for one, absolutely love it! Though, to be fair, I may be biased. 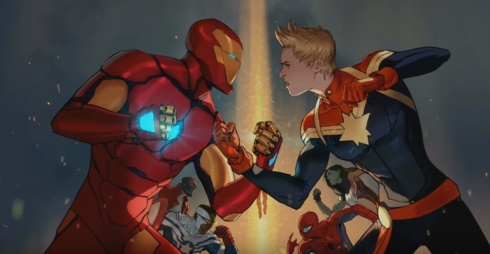 Right now, the Marvel Comic Universe is divided. Civil War II* is happening and heroes are choosing sides. Tony Stark a.k.a. Iron Man is on one side and Carol Danvers a.k.a. Captain Marvel is on the other.  As always, the outcome of a major story line like this will shake up the entire Marvel Comic Universe. Yesterday, Time broke the news that at the end of Civil War II, Tony Stark will no longer be Iron Man. However, there is a new hero to take his place: a young MIT student who engineered her own version of his suit in her dorm room.

Riri Williams will step in to fill the void left by Iron Man, though what name she will use is still up in the air. Marvel writer Brian Michael Bendis created Riri. Bendis has been helping to lead the increased diversity at Marvel. He was a large part of Miles, Kamala and others moving to the forefront of mainstream comics.  Bendis has commented that the success of those other heroes causes less and less negative response to new diverse characters. Of course, there are always naysayers. And truthfully, a lot of them say very racist things. But Bendis is not letting that stop him. And I don’t think Riri will, either.

The writer has promised that this news about Tony and Riri does not reveal the end of Civil War II. There are, apparently, still many surprises in store for the Marvel Comic Universe at the end of this latest big summer event.

Click here for more information on Riri Williams as the new Iron Man and here to learn more about the increased diversity of Marvel comics. Don’t forget to take to the comments to let me know your thoughts about the new Iron Man. Do you think Iron Man can be a woman? Do you think Marvel is taking diversity too far? Or do you think comics still have a long way to go before they can really be called diverse? Tell me what you think.

*If you aren’t up to date on Civil War II, this is a great time to catch up. You’re not far behind. Only two issues of the series have been released so far. Issue 3 is out next week on 7/13/16.