The Messengers is a show with potential. Sadly, it will never see that potential fulfilled. The series premiered on the CW network in April of 2015 and was cancelled less than a month later, though all episodes were aired. The show is now on Netflix to view and I, for one, am sorry it will not have the opportunity to become as great as it could definitely have been. 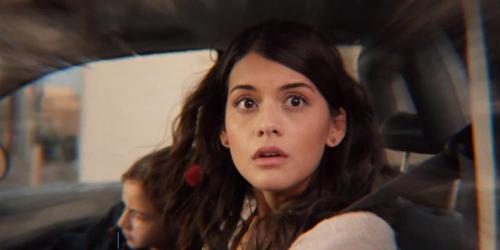 The show starts with five strangers going about their respective lives. When an object falls from space and sends a wave of energy out, they all drop dead. But no worries. A few minutes later, they wake right back up, seemingly no worse for wear. Except that each one is different somehow. They all soon find themselves in desperate situations. When they end up together in the same place at the same time, they’re told that they have been chosen. They are now angels, called Messengers, tasked with defeating Satan and stopping the coming Apocalypse. 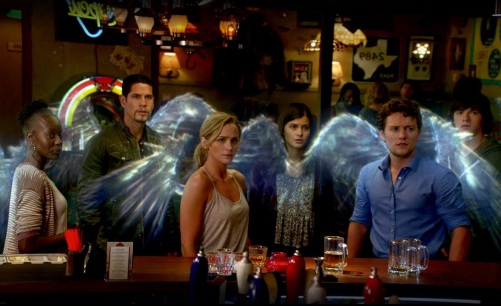 I enjoyed this show. The intriguing, supernatural premise sucked me in quickly. You guys know how much I love some good fantasy and sci-fi. What you may not know is that being raised in the Christian church, there is a certain appeal to me when fantasy and science fiction collide with the spiritual. That’s exactly what happens with The Messengers, in a big way. Honestly, I think the strong spiritual foundation may be some of the reason the show did not move beyond its initial 13 episodes. After all, intensely Christian undertones turn many people off. That being said, though, the story the show told was a good one. And by the end of the 13 episodes, it proved that it had much more story to tell… a story I would have enjoyed seeing. 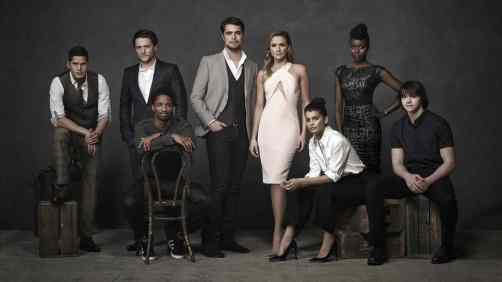 The show also boasted what I feel was a nearly perfect ensemble cast. In addition to being racially and spiritually diverse, each actor on the show seemed perfectly suited to the character they played. I especially enjoyed Jon Fletcher as Joshua, the earnest Southern preacher, Shantel VanSanten as Vera, whose stubbornness was both admirable and infuriating, and Joel Courtney as Peter, the most likable teenager I’ve seen on television in a while. The group found a perfect mix of chemistry and friction and it worked to help keep the show interesting. As a matter of fact, the chemistry was so strong in some cases that I found myself shipping at least one couple by the end of the pilot. A couple more episodes in and I was shipping three. The relationships were pretty obvious and felt really rushed by having them all crammed into that first half-season. However, it turned out to be a good thing since the show never got a second season. 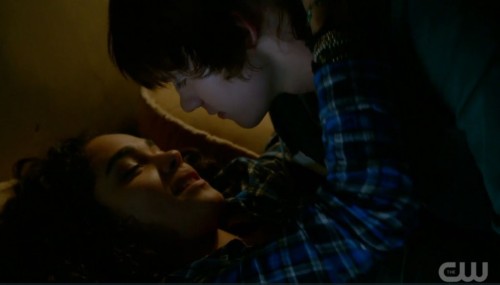 With an intriguing premise, promising possibilities for future stories, and a cast well-suited to their roles, why did the show not make it? In addition to the possible isolation of non-Christian faiths (despite attempts to try and represent everyone), the series didn’t have the best pacing. Despite being a show about people who die and wake up to become angels in the pilot, it actually starts a bit slowly. If someone isn’t into Bible-based stories, Apocalypse tales, or the slow build of superhero origins, I can see why this show would not immediately be intriguing. In addition, romances felt both forced and rushed. Other small things also seemed to plague the show. For example, at a certain point I had to ask myself… If everyone is a fugitive on the run and no one is working, how are they all eating out every night? It was a little thing, but it bugged me. 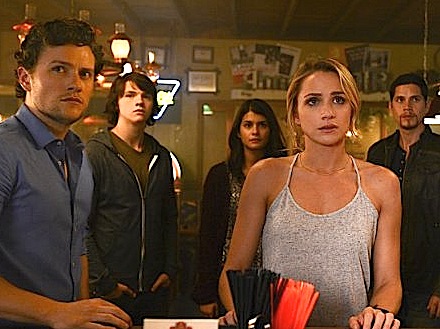 There are 13 episodes of The Messengers available to view on Netflix. If you like to see biblical concepts collide with the contemporary storytelling, this is a show you should watch. If you dig ensemble superhero groups, give it a shot. Although the main story of the season is cleanly wrapped up, the very last moments of the final episode introduce what was clearly meant to be the main conflict for season two. As long as this won’t bother you too bad, I say try The Messemgers. I liked it. You just might as well.

Do biblical undertones in stories intrigue or isolate you? What is your favorite show that never made it past the one or two season mark? Let me know in the comments.

2 thoughts on “TV Review: THE MESSENGERS”