Here’s the latest in Geek News from this week, including updates on the Beetlejuice sequel, the Kingsman sequels (yes, more than one!), the Flash/Supergirl crossover, cool new Black Widow merch and the latest, greatest Captain America: Civil War trailer.

Yes, we’ve known about Beetlejuice 2 for well over a year when Winona Ryder began confirming the long-held rumors back in 2015. However, this is the first time that director, Tim Burton, has spoken definitively on the subject. The director has been quoted officially telling ShowbizSpy,

“The film is a go and has been approved by the Warner Bros. team, we have talked with the cast members we wanted for the film and they are all on board, this includes both Winona and Michael. We have the script in hand everything is in place all we need to do now is get ready to start filming.” 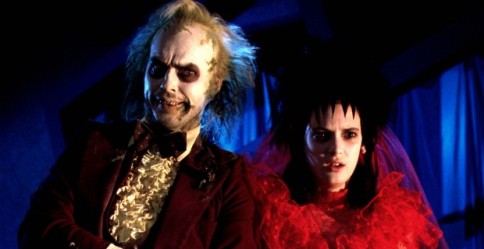 So rejoice, Beetlejuice fans. This sequel might actually, finally, be on its way! 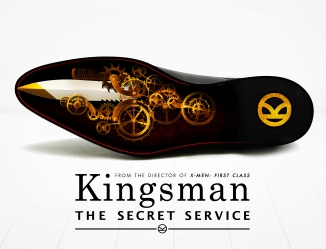 The most exciting part of this news is that there will definitely be a Kingsman 3 film! WOOT WOOT!!! We know this because  geektyrant reports that Halle Berry is currently  in discussions to join the Kingsman franchise as the head of the CIA. If cast, she will sign a two-movie deal, meaning she will appear in both Kingsman 2 & Kingsman 3. 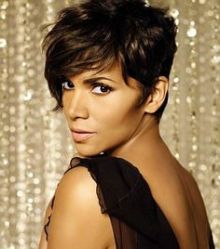 I have had issues with Ms. Berry in the past with her portrayals of a couple of my favorite superhero characters–Storm and Catwoman–but I do believe in general she is a good actress (as long as she’s not playing a superhero). I imagine this will be a good fit. And even if I didn’t, I wouldn’t let this news stop me from being ridiculously excited about the upcoming Kingsman films. Kingsman 2 is set for release on June 16, 2017.

3. We got our official promo photo for The Flash/Supergirl crossover. 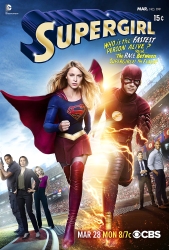 Yay! It’s happening soon, people. After months of rumors and speculation followed by eventual confirmation without details, we now get our first real glimpse of Grant Guston’s Flash as part of Melissa Benoist’s Supergirl universe. SQUEEEE!

For a long time it was thought that Supergirl would never be able to crossover with any of her fellow DC heroes due to her status on CBS and The Flash and Green Arrow being firmly planted on rival network, CW. But since Supergirl and Flash share a common creator and the networks are playing nice, this dream is about to come true. See more on the story, the promo photo inspiration and details on the premise for the crossover at Entertainment Weekly. The crossover episode will air Monday 3/28 on CBS at 8pm ET (7pm CST).

4. Black Widow will be found in the Captain America: Civil War merchandise 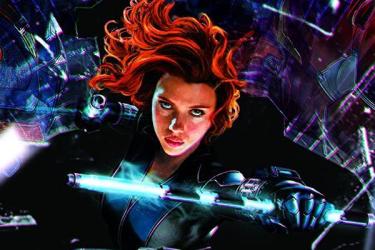 Black Widow was nowhere in sight on merchandise and toys last summer when Avengers: Age of Ultron came to theaters. The ensuing rage of the fans (and Mark Ruffallo) created a wave of negative publicity and public outcry that Marvel could not ignore. They pledged to make things right moving forward. 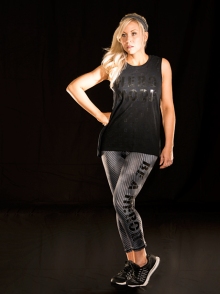 In an attempt to keep that vow, the company has started teasing a new line of merchandise featuring the sexy super-spy months before the next MCU film is set to hit theaters. Entertainment Weekly has the gallery of a few of the new items to come. It’s nice to know that Marvel has at least learned something in the last year. And let’s hope other franchises and companies will learn from this as well. The ladies will not be ignored! We’re badass superheroes, too, and we demand just as much recognition for that as the boys get.

Yes, like almost all trailers these days, this latest one for the upcoming Captain America movie showed more than it actually needed to. It absolutely would have been nice for the that Spider-Man reveal to be a surprise while watching the film. But oh-my-lanta! You gotta admit this trailer, as a whole, is totally epic! Did you see Black Panther, all agile and cat-like as he chased down Winter Soldier’s motorcycle? Ummm… Did Iron-Man just pimp-slap Captain America?! I think he totally did! And did you see Ant-Man fly from Hawkeye’s arrow onto Iron-Man’s glove? WHAAAAAA?!?! Seriously, they shouldn’t have shown Spidey’s entrance, but I can’t even be mad because DAYUM THIS MOVIE’S GONNA BE SO STINKIN’ AMAZING!!!!!

If you haven’t seen this trailer, I’ve got your back. It’s right here for you. If you have seen it, just go ahead and watch it again… and again. You know you want to.