Normally, I am all about campy horror films, but this one was so cliché’ it made my teeth hurt. I think I actually sighed and rolled my eyes for about the last fifteen minutes of the film. Although the actors didn’t exactly give Academy Award performances, I don’t think that the end result was completely their fault. After all, I love the movie Warm Bodies and that movie is not a serious zombie movie.

In a nutshell, the basic plot of this movie is that the main character, Max, is dating Evelyn, but can’t stand to be with her. He suddenly meets Olivia and decides he must dump Evelyn. Sure, we all know a nice guy who has been in those shoes, but the script almost came off as defensive. It made me wonder if the writer had been through a bad breakup. Evelyn is supposed to be overbearing, and granted, she has her moments, but home girl has been through some shit. She talks about having lost her mother whom she was close to and throughout the movie she assumes that Max is okay with all of the changes she has made in his life (such as being ecofriendly) because he says he is okay with it. There’s a huge difference between being a nice guy and just agreeing with someone on everything because you don’t have the guts to say no. I have to admit, I actually felt sorry for Evelyn and annoyed with Max up until the moment she came back from the dead. 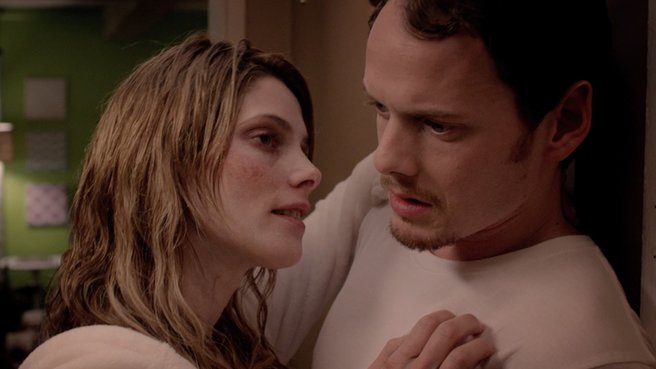 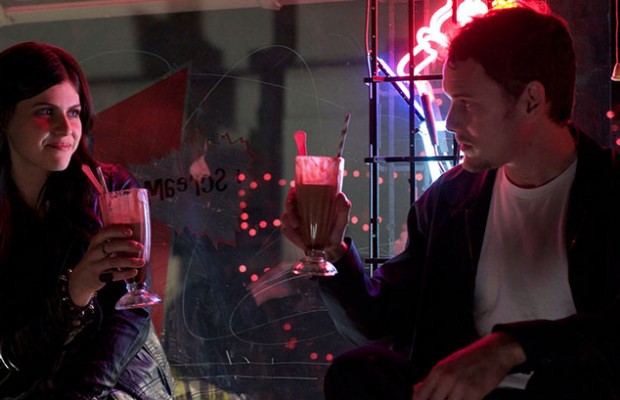 There were a couple of other things that annoyed me. For one, Max’s half-brother. He is the kind of character you would expect to see. A perverted guy who is constantly bringing his conquests to his brother’s house and encourages Max to dump his girlfriend for the new girl. Honestly, he was a very unnecessary character and I couldn’t wait for him to walk out of each scene he was in. 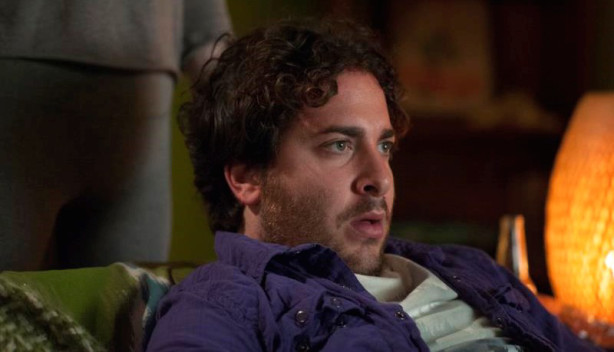 The other thing that annoyed me was a cameo performance that came later in the movie. The man who plays the police officer is the same man who plays the dad in the 1980’s classic Gremlins. They even have the guy deliver one of his lines from Gremlins with a little twist on the line. Although I always appreciate a “shout out” to old movies, this one felt ALL WRONG. It’s 2016-I don’t think that the majority of today’s audience would have recognized this man. I think the budget used toward his performance could have been used more wisely.

Annnd the budget brings me to my other pet peeve-the incredible slow pace of the film. Nothing annoys me more than when a movie drags out to a longer time simply because that’s the average length that other movies are. If your story doesn’t take an hour and forty five minutes to tell-then don’t take that long. SHEESH. Just trim the fat and use your time to shine up the other parts of the film with the leftover cash. Also, I think as an audience, we’ve come to expect that zombie movies will have some action to them, or if not action, then at least interesting subplots, but this film failed to deliver on that. Instead, we spent the majority of the time watching Max feel guilty about his feelings for Olivia and we didn’t really see any action sequences until the last few minutes.

I guess I can’t really blame them for that though-even the action sequences were terrible. They were completely predictable, with only one thing thrown in for “shock value” and even then, I guessed what that was going to be before it even happened.

In short, I would not recommend this film. It felt like one of those movies you would watch when there was nothing else, but instead, I was left wishing I had just watched something else.

In case you’re curious, here is a trailer of the movie Burying the Ex, but if you’re interested in seeing a much better campy zombie movie, I’ve also included a trailer for Warm Bodies.

3 thoughts on ““Burying the Ex” Should Stay Buried”