This week, I actually made the time to watch not one, but two TV premieres. Yay for small victories! Here’s what I checked out:

The Bible’s big bad decides to take a vacation from Hell, planting himself in LA for a bit of fun. But of course he won’t get much of that.

Armed with the power to make you admit your deepest desires, and probably more powers we’ve yet to see, Lucifer sets out to solve the murder of a young starlet he helped “arrive” on the LA scene. The only person immune to his charms is detective Chloe Decker, whose life consists of juggling parenting with her ex and facing the scrutiny of her peers. Intrigued by her resistance to his powers, Lucifer decides to keep his eye on the young detective… and there’ll probably be more than just curiosity down the road. A girl can hope anyway.

In case that doesn’t float your boat, the cast is super-hot, and the role reversal of Heaven and Hell makes for good supernatural drama. 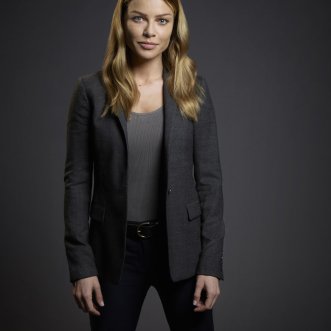 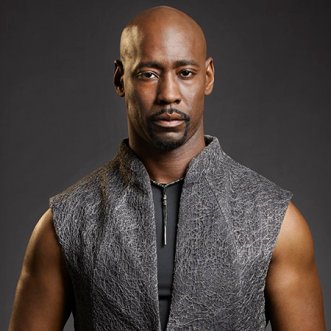 The fact that it’s another crime procedural. I already have iZombie filling my supernatural crime-of-the-week slot, and I just gave up on CSI after years of devoted viewership (didn’t that get cancelled?). Other than that, Lucifer seems pretty good. I’ll be checking it out when I can, which, sadly, isn’t very often these days. I’d rather be reading. Quick! Somebody get me the comics!

Do I really need to explain this? *Clears throat* Okay. Here goes.

In 1996, the first episode of The X-Files aired on FOX, introducing young nerdlings to the epic hotness of both Mulder (David Duchovney) and Scully (Gillian Anderson). They are two FBI agents tasked with investigating the X-Files (the paranormal cases nobody else wants). The agents are polar opposites, which heightened the sexual tension to absolute perfection throughout the duration of the show… and its 2 films; and also taught us how to both believe (Mulder) and disbelieve (Scully) in things that can’t be explained.

Each week treated us to a new monster or a continuation of Mulder’s quest for answers. I want to believe, dammit! And each week, Scully totally downplayed anything that science couldn’t explain away.

But we all knew something sinister lurked in the skies.

This could be the ending fans have been waiting for. The season started with a bang, picking up years after Mulder and Scully’s failed relationship. (They even have a kid!!) The duo are back to their roots with alien abductions, government conspiracies, and spliced DNA. It has the same, almost campy, feel as the originals, but you could begin watching the series right now and I doubt you’d be missing anything.

Why else should you watch? The nostalgia!!! I’m dyin’ here! This is the s*** I grew up on. This is the s*** I fought my parents every Friday night to stay up late and watch though it always gave me nightmares. THIS IS THE S*** that introduced me to David Freakin’ Duchovney, one of my very first man crushes. If you were born in the 80’s this show was probably your jam. Check it out. So far, it looks like they haven’t screwed it up.

The explosions looked a little weird. The people closest to the blasts just disappeared, which was off-putting, but other than that, NOTHING. This show is good, people. Watch it.

What do you think? Are you a fan of either show? Will you be tuning in, or skipping these? Let us know in the comments.