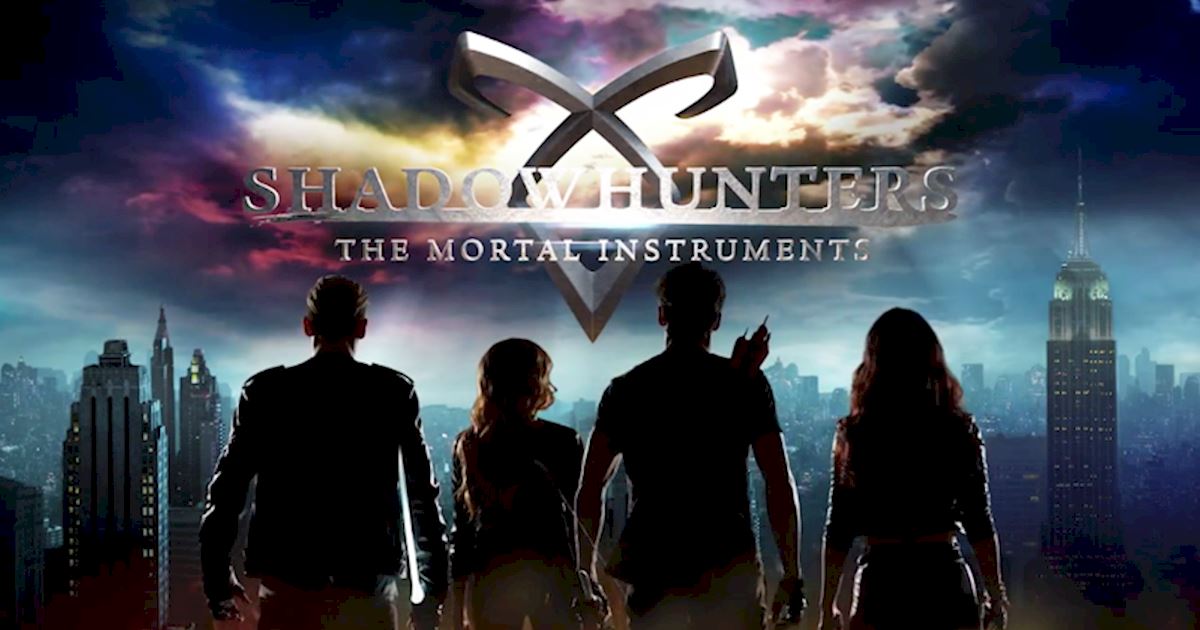 FreeForm (previously ABC Family) debuted Shadowhunters, the latest live-action version of Cassandra Clare’s The Mortal Instruments on January 12th. The storyline follows Clary, a teenager that finds out that she is part of world where things like vampires and warlocks are not just the things of nightmares. Clary learns that both she and her mother are Shadowhunters, the warriors that fight the demons, and she must immerse herself in this new life to rescue her mother from being kidnapped by a Shadowhunter turned evil.

It premiered with mixed reviews, but earned high ratings. It ranked #2 best original series premiere in adults ever for the network. So they should be pretty proud of that. Unfortunately, I did not see much else they should be proud of based on the first two episodes.

I really wanted to be able to post that I had finally found a format of this story that I really enjoyed. But I can’t. I did not love it as a book series. I did not love it as a movie. And I do not love it as a TV show. To be honest, I can’t seem to figure out what it is about this story that people seem to keep gravitating towards. The book series was decent, not what I would call movie worthy but I can see how some thought it could be successful on the big-screen. But it did not do well. It was murdered by critics and fans alike. So I don’t see how expectations were much higher for the TV show.

Having said all of that and before I get into the nitty gritty, let me tell you a couple things I did enjoy. I appreciate that Luke Garroway is portrayed by African-American actor, Isaiah Mustafa (the Old Spice guy with the coolest name ever). And I doubly appreciate that this means that there will be an interracial relationship represented in the show. I also enjoyed the fact that a couple of the characters were exactly as I imagined them while reading the book series. For instance, Emeraude Toubia looks the part of Isabelle Ligthwood as I imagined. And she stays pretty true to how her character acts in the beginning of the series. I also appreciated a few of the changes in the storyline that they made such as Luke being a NYPD detective. It makes more sense that he could keep an eye on things this way while they were in hiding. Also, Hodge is way more badass in the TV series!

Okay, let’s move into the not so great parts. And I preface this by saying that I feel like I am a little bit jaded about this series. I didn’t love it from the beginning and was already a bit negative towards it. Although, I really feel like I gave it a fair shot. I haven’t read the books in a very long time (disclaimer-I got so agitated with the books that I haven’t read past the 4th one even though I own the 5th!), so I went in with a fresh pair of eyes and tried to see the series as something stand-alone and new. I tried really hard. It didn’t work out so well. I am going to start with my biggest complaint. I was annoyed from the get-go about Clary (aside from her amazing hair which is fierce!) because the acting is so off-putting to me. None of it feels authentic nor is it acted in a way that I can get away from some of the corny writing. All of the actors had rough patches, but Katherine McNamara just did not seem to fully immerse herself in Clary. Granted, the writers did not give her a lot to work with, but the acting just was not up to par.

Another thing that I was not a fan of was how low-budget this show seemed. Part of why this story is so hard to do on film is because the world must be created properly or it comes across as cheesy. And unfortunately, cheesy is the best word I got for how some of the sets and special effects looked. The story also seemed extremely rushed. There are only 2 episodes out, but I feel like so much has already been covered in these 2 episodes that I can’t imagine how a full season would feel.

I really wish I had a better review for this series, but so far, I am just not into it. I haven’t decided if I will continue to watch the show in the hope that it improves, but I will definitely keep you guys updated.

Have you seen the show yet? If not, will you watch it? If so, what did you think? Am I being too harsh?