Normally, I would focus on one particular show and how it has brought to life to a willing and waiting audience. But today, I really want to talk about the relationship that Netflix has formed with the Marvel universe.

Initially, everyone was excited to learn about Netflix bringing Marvel comics to life and there are a couple of reasons for that. First of all, Netflix isn’t cable television, therefore there is a lot more leniency when it comes to violence and sexual tension. Why does that matter? Well, those of us who are familiar with the comic book world know that it is a dark and twisted place where horrible things happen. Unfortunately, some cable networks are reluctant to show the full extent of the chaos that super villains can cause. Services like Netflix have the ability to “censor” less for the sake of their fans. 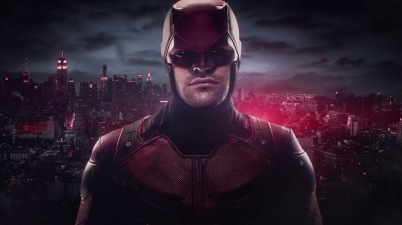 What has Netflix brought to the table so far? Netflix and Marvel brought us a fresh look at the series Daredevil. The actors were good, the character development was good, and the overall stage setting brought to life the dark and gritty underbelly that we know of Hell’s Kitchen. Vincent D’Onofrio shines as a crazy man, namely the King Pin character, who is bent on overtaking the city and shaping it into his own vision. We’ve seen Daredevil (played by Charlie Cox) fall a few times, but the real question is, will he lose his own soul in the process of becoming a hero? Rosario Dawson plays Claire, a nurse caught in the crossfire, and is also worth mentioning-not just because her character is strong and breaks the stereotype of a damsel in distress, but also because she makes a surprise cameo on Jessica Jones. 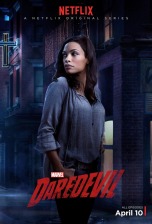 What do we have to expect from the show in the future? Well, expect more heroes, more villains, and some actor faces you will recognize. I think that Marvel and Netflix were testing a theory. Can they add to the now-a-days popularity of the super hero franchise? The answer is, absolutely. My theory, is that Netflix will eventually become a front runner because they are quite simply giving the fans what they want-creativity, seriously tainted characters, and a world where black and white isn’t so simple. 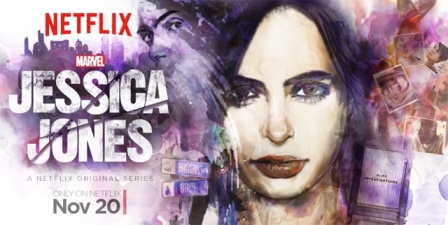 Let’s revisit what Netflix has shown us so far. Jessica Jones is a new TV show that has flourished on Netflix. The popularity of the show really is staggering. I think that presenting this particular show as the second choice of “super hero” shows was another smart move on Netflix’s part. The reason being that Jessica does not fit easily into the same mold as Daredevil. Yes, she does have one or two super abilities. However, while Daredevil has so far been successful (even if it is a little bit shaky) as a symbol for the people of Hell’s Kitchen, Jessica has floundered when it comes to saving people. Let’s be honest, her confidence is shot, and rightfully so. With a past like hers, it’s a wonder that she has survived. Jessica is a detective who has hidden her abilities. We know that she has tried to be a super hero in the past, but that she was unsuccessful with it. Actress Krysten Ritter plays the role well-Jessica’s vulnerability and ability to be an independent woman naturally emanate in this role. Fans will also be excited to see Kilgrave as her nemesis. He is played by David Tennant, who played the 10th Doctor on Doctor Who, another hugely successful show that people love. David Tennant succeeds at combining a sexy yet incredibly dangerous vibe to the rule. Truthfully, I don’t know if Jessica Jones will present us with more villains and heroes, but we can only hope so. 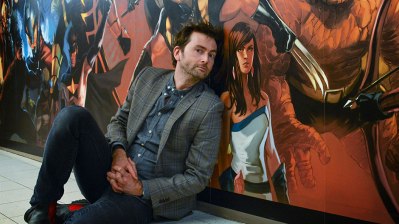 What I do know is that The Defenders is set to eventually air on Netflix in 2016, sometime after the appearance of the character Iron Fist. Here is my point though-keep it up Netflix. Why not contribute some other heroes that we’ve lost from cable? For instance, could you bring on some DC characters? I really miss Constantine-hint, hint. So long story short, why should you watch these shows? What do YOU get out of seeing what Netflix has to offer? Um, how about happiness? How about being witness to an intricate plot? Netflix knows what it is doing by giving you Daredevil, Jessica Jones, Luke Cage, and Iron Fist. It is all building up to The Defenders. What other media service is giving us this plan? Ok, in all fairness, ABC has done something similar with The Avengers, and I commend them for that-but my point is, the more viewers, the more characters we get to see, and the more characters we get to see, the more we get to go squueeeee!

Just in case you haven’t had a chance to see Daredevil or Jessica Jones, here are some trailers. The shows are available to stream on Netflix.

What other Marvel characters would you love for Netflix to show?