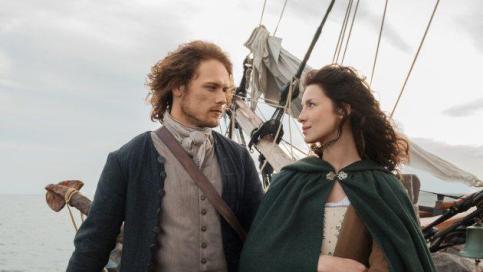 Starz released a teaser for season two of Outlander this past week. The show is slated to return this coming spring, though a premiere date is not yet set.

When we left Jamie and Claire, they had boarded a ship to France, after breaking Jamie out of Wentworth Prison, where he had been tortured by the nefarious Black Jack Randall. Before that, Claire had declined to return to her own time, opting to stay in the 18th century with Jamie. Now that they are persona non grata in Scotland because of the escape and the price on Jamie’s head, the two opt to go to France, where they resolve to do what they can to stop the coming Rising of 1746, which Claire knows will kill the clan system in Scotland and decimate that country for many years to come.

The teaser gives us glimpses at a multitude of moments to expect from the new season, which is based on the series’ second book, Dragonfly in Amber. If you have read Diana Gabaldon’s series, you’ll be familiar with some of the moments we only glimpse here; if you haven’t, you no doubt will be wondering what Jamie and Claire will need to do to try to stop the Rising and how France factors into that.

Let me point out some significant images from the teaser. More spoilers ahead here so feel free to stop reading and just skip down and watch the teaser again. 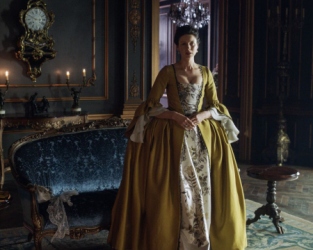 Last, but not least, Diana Gabaldon herself confirmed that Brianna and Roger will appear in season two, but no new casting information is known beyond the fact that they are indeed working on finding actors for those two pivotal roles.

Starz recently released a description for the next season of Outlander:

Season Two of Outlander begins as Claire and Jamie arrive in France, hell-bent on infiltrating the Jacobite rebellion led by Prince Charles Stuart, and stopping the battle of Culloden. With the help of his cousin Jared, a local wine merchant, Jamie and Claire are thrown into the lavish world of French society, where intrigue and parties are abundant, but political gain proves far less fruitful. Altering the course of history presents challenges that begin to weigh on the very fabric of their relationship. However, armed with the knowledge of what lies ahead, Claire and Jamie must race to prevent a doomed Highland uprising, and the extinction of Scottish life as they know it.

Are you excited about another season of Outlander? What are you most looking forward to?