Now that the dust has settled on the news of the return of Gilmore Girls to Netflix sometime in the next year, the format of said return, four ninety-minute movies/episodes, makes some sense after the tidbit we learned this past Monday. Michael Ausiello, editor of the blog TVLine and world’s biggest Gilmore Girls fan (so big that he appeared in episode 5.19, But I’m a Gilmore!), reported on his site that the four movies/episodes each will be tied to a season of the year, i.e., winter, spring, summer, and fall. At ninety minutes in length and tied to a particular season, I thought it might be fun to speculate for a moment on what will happen in each.

When we left the Girls, Lorelai was saying goodbye to newly minted Yale graduate Rory and hello – again – to Luke, at least we presume such since the end was not as clear cut as it could have been. Rory headed off on the road to her first gig as a true blue journalist, following then-candidate Barack Obama around the country as he campaigned for President the first time. Luke had given Lorelai the necklace he had been uncertain about and there was something said about taking all the time they/she needed. If you saw the reunion the cast had at the ATX Festival this past summer, the actors ruminated on where their characters would be now, after all of this time, but the question becomes, then, how much will the Palladinos, the husband and wife team who also double as the show’s principal writer/director and executive producer, will incorporate that speculation into the new episodes. 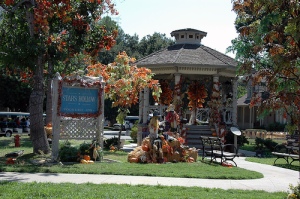 Fall – Each new season usually began with a time jump from the previous season’s finale. Sometimes, we would get a scene or two from where they left off and then jump forward (usually about six or seven weeks) to the end of summer/beginning of fall. What if we start in the fall and the central focus for this episode is Richard Gilmore’s funeral? The patriarch of the Gilmore clan, Edward Herrman, passed away in December 2014 so the show will need to address his absence immediately. It will give us a chance to glimpse a number of characters as they return/contemplate the death of Emily’s husband, Lorelai’s father, and Rory’s beloved grandfather. Rory no doubt will be returning to Stars Hollow for the service so we’ll get to see where she is in life as well as what she is returning to – her mother’s home, presumably. Will Luke be living in it? Did they get married in years that have elapsed since the series’ final episode?

Who do you think Rory will see when she returns to Stars Hollow? Will she drive through the town, seeing familiar faces? Where will Rory be in her life when she enters our screens? 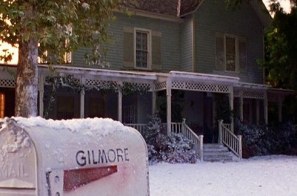 Winter – Lorelai always loved the snow, even after the near-breakup they had in Season Five. Whereas the first episode will reorient us to life in Stars Hollow and the changes to the lives of the show’s characters, this episode will take the story arcs begun in the first one and move them along just enough to set up what needs to happen in the spring. Will Emily’s first Christmas without her husband mean insinuating herself into the goings-on with her daughter and granddaughter? If Rory is single when she appears in the fall, will we start to see her former suitors appear? Will this be the impetus to keep her in Stars Hollow for the duration of these new episodes? What will Lorelai be doing if Sookie (Melissa McCarthy) is absent? Perhaps this is the time to set up Lorelai’s conflict? If no Sookie, what will Lorelai do with the Dragonfly Inn?

What do you think will keep Rory in Stars Hollow? How would Lorelai deal with the Dragonfly Inn if her partner Sookie is absent?

Spring – Having stayed in Stars Hollow, perhaps for a boy, perhaps as she might be in-between jobs, Rory starts to think about what’s next for her both personally and professionally. Lorelai might contemplate selling the Dragonfly Inn, but still won’t be sure she could let go of it, even without Sookie. Emily, still trying to fill her time after Richard’s passing, meddles more and more in the Girls’ lives, especially as Lorelai tries to decide her next move. Perhaps Emily encourages Rory to see Logan Huntzberger one more time? Will this be Rory’s time to make a choice? Or will more choices come to light and she’ll have to spend time contemplating them? Will Lorelai have a better idea of what her future looks like?

Which of Rory’s suitors do you think will return? Could Lorelai ever sell the Dragonfly? What would she do next if she did? What will Emily do with herself after losing her husband? 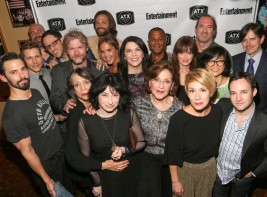 Summer – As the story arcs begin to reach their conclusion, we settle the ultimate fate of our favorite characters. If Rory enters the picture married, perhaps we will see her give birth? If she doesn’t, will we see her walk down the aisle finally, on the arm of the best stepfather ever, Luke? What face will be waiting for her at the end? Planning a wedding seems like the perfect outlet for Emily’s energies; it makes sense for Rory to be going this direction, both personally (as she’ll be turning thirty around the time of these new episodes) and professionally if she’s in between gigs. Or will we be seeing Lorelai walking down the aisle finally, if she and Luke haven’t already? Perhaps a wee baby is in part of their future instead? So many things to speculate on as we think about what each season could bring us!

Is this last episode it for the Girls? Will this be the last we see of Lorelai and Rory and company? Where do you want everyone to end up as we say goodbye?

(Hat Tip to TVLine.com and Michael Ausiello for the scoop!)