It’s no secret that the original Heroes was beloved by fans up until the last two seasons, and now, with the popularity of superheroes and antiheroes quickly boosting ratings for all of the major networks, the question becomes, can Heroes: Reborn keep up?

The original Heroes followed human beings with supernatural abilities as they navigated through understanding their powers.  Heroes: Reborn takes place after other supernatural people, called Evos, reveal themselves to the world.  The consequences are disastrous and the Evos find themselves forced into hiding and hunted like prey.  The first episode aired last week on Thursday.  Was it good?

Yes and no.  Yes, in that one of our favorite characters, Noah Bennet (played by Jack Coleman), returns to lead us through the introductory episode.  Noah is a magnetic character.  He was once a hardworking secret agent of sorts whose primary job was to locate the supernatural beings.  However, when he comes to terms with the realization that his daughter, Claire, is one of them, his instincts as a father kick in and he will stop at nothing to protect her.  Jack Coleman does an amazing job of just simply portraying a paternal love that shines through in both his expressions and his actions.

Let’s talk about the no now.  No, in that we didn’t get to see as many returning characters as I would have loved to see.  For instance, Claire’s grandmother (played by Christine Rose-although she is slated to appear soon) or maybe even Nicki’s twin sister Tracy (played by Ali Larter-I don’t think she is slated to appear).  Still, I have to remind myself that when it comes to a spin-off series or reboot, timing is everything. 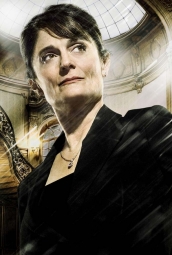 There were a couple of things that admittedly brought out those “geek” feelings of excitement in me when I watched the premiere.  I was very excited to hear the same theme music in the show that was in the original show.  I also was excited to hear the voice-over they used to play in every episode.  In my opinion, that voice-over is helpful in lending to the comic book vibe.  It makes us feel like the narrator (in this case the character Mohinder) is guiding us through each page.  Another thing I liked is that Heroes has continued in their tradition of incorporating web episodes into their main story lines.  Meaning, you can go to the internet and watch small episodes of alternate plots that you don’t see on the regular episodes.  If I’m being confusing, another show that does the same thing is The Walking Dead.

There is one character that is slated to appear on Heroes: Reborn that we can look forward to–the character of Hiro.  Many fans loved his unwavering optimism and his knack for putting himself into dangerous situations in order to save the world.  Many people didn’t like the arc his character took in the original Heroes (I am one of those people), so here’s hoping he is returned to the beloved character we all know and love.

I also keep hoping against hope that maybe Hayden Panettiere might come back as a guest star for her role as Claire Bennet, but I’m sure that would all depend on what her schedule would be for the show she is currently on, Nashville.

I know I haven’t given very much away about the show and honestly, that’s because not a whole lot has happened yet. However for now, I do think the show is worth tuning in to. And I sincerely hope that it enraptures both you and the rest of us like the original show did.  The truth is, as long as there are nerds like us out there, there will always be room for comic book inspired shows.  Shows like this center on the ordinary standing up and being extraordinary, a lesson that none of us should ever shun away from.

Just in case you are curious about the show, here is a trailer for it.  Episode 3 (the premiere was Episode 1 and 2) of Heroes: Reborn airs on NBC on October 1st, Thursday at 8pm central time.