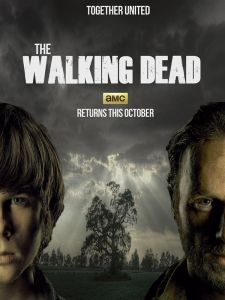 The Walking Dead has become more than just a show. It’s an entire culture that permeates all facets of life. For fans of the AMC series, there are a plethora of ways to get plugged in and join the fun. These days, loving the show is only the beginning. Here are 10 reasons to love the entire culture of The Walking Dead.

(SPOILER ALERT) Ok, obviously it wasn’t right that Shane was having sex with his best friend’s wife, but as the show’s seasons passed, actor John Bernthal became more and more noticeably “cut”.  Would it have hurt to have one or more shirtless love scenes toward the end of his screen time?  (SIGH). 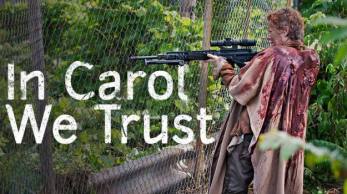 Although there are some characters that just didn’t seem to grow into better characters (is it me, or did Andrea seem to cry in a ton of her episodes???) other characters became badasses in their own right!  Carol goes from abused wife to a gun toting strategist.  Carl goes from a pint sized kid scooped up in his father’s arms to a gun…ok maybe he still needs a little bit of work with the guns…

3) Literature on The Walking Dead.

Most people already know that the show was based on a comic book series, but did you know there are books now too?  For instance, were you ever curious about what The Governor was like before ruling his own town?  Was he ever a good guy
or was he just always a likeable sociopath?

Even if you’re not a fan of the show, you MUST be a zombie if you don’t at least crack a smile watching “Carl-Poppa”. 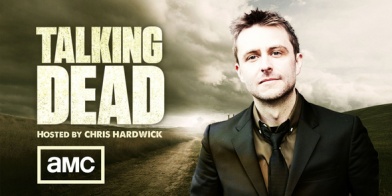 I personally attended this event last year and it was awesome!  The event tours all over the U.S.  I was able to go in Atlanta, Georgia and was not disappointed at all.  Many of the stars of the show were signing autographs (yes there is a fee), taking pictures with fans, and answering panel questions.  Be prepared to spend some money, but also be prepared to jump up and down for joy when Greg Nicotero is literally three feet away from you. (This is an example, the stars aren’t guaranteed to show up; you would need to look on the website to see who is slated to appear).  There are also other stars from other shows at these events.  For instance Jason Mamoa from Game of Thrones was there last year.  Check out details at http://www.walkerstalkercon.com/

7) The birth of zombie survival kits.

Just the idea of this is really cool, but the fact that http://www.shopthewalkingdead.com/ actually sells them is even cooler.  If you’re scared that the zombie apocalypse is coming for you, then relief can be yours for just $149.99!  Want a toy that is budget friendly instead?  Then maybe a figurine of Michonne for $14.99 will be more to your liking.

8) The Walking Dead marathon during Halloween.

Watching each season of The Walking Dead once isn’t enough, AMC helps you get psyched up and ready for the next season by re-running previous seasons for you in the month of October.  I always get excited and can’t help but watch one or two or maybe fifteen of the episodes.  The marathon is a nice little compliment to the horror movies they also show during Fear Fest.  God I love Fear Fest…. 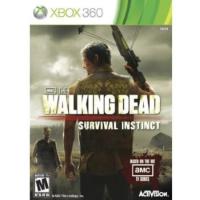 Just because some of the characters die on the show doesn’t mean they can’t survive in video games!

10) The spin-off: Fear the Walking Dead

Not only has the series spawned comic-con events and memorabilia, but now we all have something new to obsess over during The Walking Dead off-season!  The spin-off portrays the beginning of the apocalypse from the view point of people in Los Angeles, CA.  Fear the Walking Dead is currently airing on AMC.  The show premiered on August 23, so it’s definitely not too late to get caught up.  Check out my review of the series premiere here and take a look at the trailer below.

What do you love about TWD series and the cultural phenomenon it has become? Let me know in the comments.

3 thoughts on “10 Reasons We Love… ‘THE WALKING DEAD’ CULTURE”