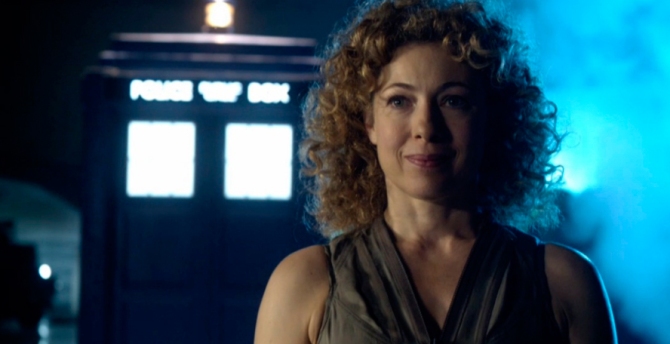 It’s been a busy week and I’ve been a little out of the loop on Geek News. That’s why it’s so great to have the blogosphere. While I was slacking, Geekritique reported on Wednesday that River Song is set to appear in this year’s Doctor Who Christmas special. The return of the character is one no one was sure we’d ever get. Alex Kingston, who plays the vivacious wife of the Doctor, had been open about her desire to see River return. However, the character’s story line seemed to have played itself all the way out during Matt Smith’s reign as 11th Doctor. While there was a loop hole that was wide enough for River to comfortably step through, there was no indication until recently that show-runner, Steven Moffat, would take advantage of it. 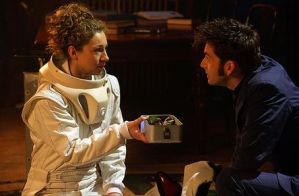 It was Moffat who created the character of River Song and first introduced her to the audience and the Doctor while David Tennant still held the post of the infamous mad man with a box. River’s backstory was shrouded in mystery and secrecy as the character was tight-lipped about her past, which happened to be the Doctor’s future. During Matt Smith’s time as the Doctor, River’s story and secrets were all revealed. Each and every one was worth the wait! River received an exceptional and appropriate goodbye before Matt Smith took his own exit.

We now have confirmation that River will return this Christmas to meet Peter Capaldi’s Doctor for the first time. River once told the Doctor (Smith) that she’d seen all his faces, so it is likely that River and the 12th Doctor will reunite and be able to pick right up where they left off since he’ll know her and she’ll know him. However, I do wonder what the gruff 12th Doctor’s attitude and response will be to the woman the 11th Doctor spent so much of his time flirting with. Personally, I would like to see River bring a bit of fun and flirtation out of the older, gruffer 12th Doctor. She is, after all, the wife of his previous youth. I’d love to see him react to her by returning to some of his lightheartedness in her presence. 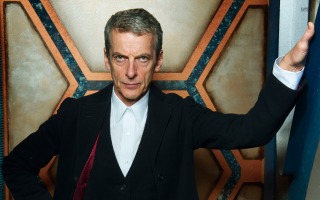 Head over to Geekritique to see more details about this story and hear from Moffat and Kingston on River’s return. And take to the comments to let us know what you think. Is River’s return a good thing or should they have let her character rest in peace? What do you hope will happen between River and the 12th Doctor this Christmas? We want to hear from you.