On August 15th, at the D23 Expo, Disney CEO Bob Iger announced that Star Wars Land will be added to both Disney’s Hollywood Studios in Orlando, FL, and Disneyland in Anaheim, CA.

Building will begin no later than 2017, which means that with Disney’s usual timeline, we can expect this addition to be open as soon as 2019. Woot! 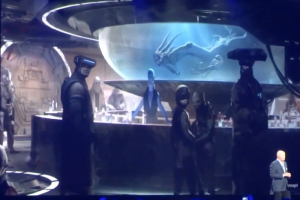 The park will be fully immersive. That means actors in costume, food and drinks appropriate for the world, and interactive epicness all around. Blue Milk, anyone? Anyone? 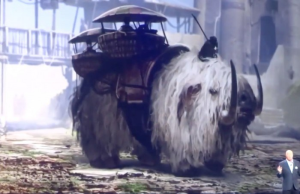 It’s going to take up 14 acres. Unfortunately, we can probably say goodbye to Indiana Jones and Muppets 3D at Hollywood Studios in Orlando. There’s still speculation as to where it will end up in Disneyland, so we’ll see. 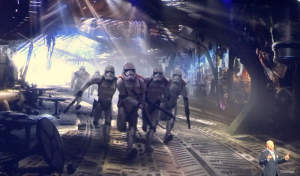 Two new rides are coming! Yeah, boyeeee. We get not one, but two new Star Wars experiences. “New Era Battle” will take place some time after Return of the Jedi, and possibly tie in the new films. “Millennium Falcon Secret Mission” will be a customized ride, which I’m guessing means you get to choose where you take Han Solo’s famous ship. You’d better get in line now, because wait times are currently 5 years, 24 weeks, 3 days and 18 hours long. (*Disclaimer:* Not actual wait time. Do not try and wait this long. They’ll kick you out. Then again, you could always hide in Honey I Shrunk the Kids Land. Nah, they probably check there before they close.)

What do you think? Are you patiently awaiting the opening of this most coolest park of all time? Or are you bored with the Star Wars hype? Let me know in the comments below.