Man, oh man! Matthew Lewis, who played the lovable Neville Longbottom in all of the Harry Potter films, has officially completed the transformation from classic nerd to classic hottie! And for that we should all be thankful! In June, the 26 year old actor graced the cover of Attitude magazine in nothing but some very snug-fitting undies. And it was magnificent. Well, if you thought it couldn’t get any better, you thought wrong! And again, you should be thankful for that. Joseph Sinclair, the photographer responsible for all of the steaminess, Instagrammed a glorious outtake on Wednesday from the shoot. 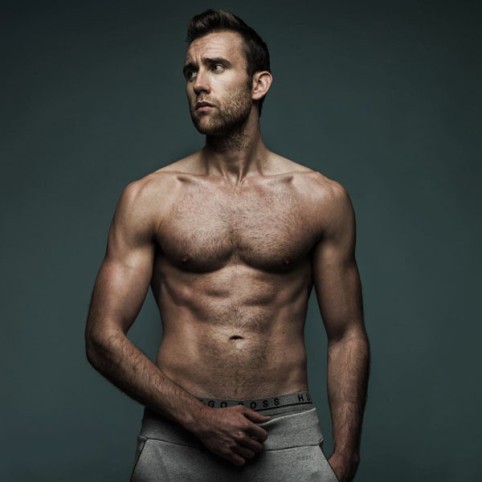 During the Harry Potter films, Lewis donned fat suits, false teeth, and ear extenders, but all of those things are gone now. Now all we see are sculpted abs, chiseled features, and um, quite the bulge. He has a new romantic comedy movie coming out, Me Before You, and says he had to get in shape for his role. No matter the reason, fans everywhere are counting their lucky stars that these photos are available to gawk at whenever they want!

There is one person that was not quite so happy to see all of Neville Longbottom on display. When the Attitude magazine shoot was originally released, J.K. Rowling tweeted that he needed to “warn [her] next time, for God’s sake.” Although she did admit that it wasn’t as bad as seeing Daniel Radcliffe go full nude in the play Equus. No telling what she will say after seeing this latest outtake. Let’s just hope that Lewis releases plenty more half-naked photos for her to be embarrassed by!

What do you think about this new look? Can you separate the adult Matthew Lewis from the teenage Neville Longbottom?