Trainwreck follows all the rom-com rules and executes them flawlessly. Written by Amy Schumer and directed by Judd Apatow, this is a great film for those who can handle a bit of “hard R” with their romantic mush.

Schumer plays Amy, a young, single journalist who enjoys copious drinking and sleeping around. She meets nice guy, Aaron, who doesn’t want to be just another notch on her bedpost. Instead, he wants to date her and have a real relationship. Everything you think is going to happen (according to the rules of what always happens in romantic comedies) plays out in this film the way you think it will. However, the movie is incredibly funny while its plot goes along being totally predictable. As a matter of fact, I enjoyed the film so much that I basically didn’t mind at all that I knew what was going to happen. 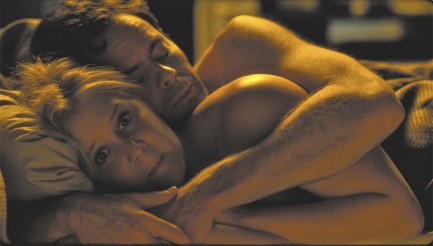 Amy Schumer and Bill Hader have a great chemistry as the central couple. Supporting performances from Tilda Swindon, Ezra Miller and Labron James (as himself) help bring the laughs and keep the plot moving forward. The movie takes breaks from the comedy to bring some drama and sincerely heartfelt moments. Some people looking for nothing but laughs might not love this, but I enjoyed it immensely. I had to switch gears in my mind and mood to leave the humor behind and get into the emotional side of the film, but it was worth it. I liked the elements that the more serious moments brought and in my opinion, they helped make everything else a bit more realistic and believable. In most rom-coms, two people who should never be together come together because of… reasons? In this movie, there is real life happening and it actually makes sense that Schumer’s care-free Amy might let her guard down and open up to Hader’s sweet and considerate Aaron. It takes the nearly-non-existent or matter-of-convenience reasons most rom-coms utilize and turns it on its head so that this movie instead has a legitimate moment of connection between two people. I vote yes! 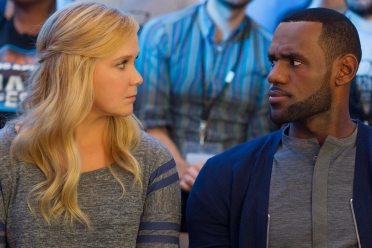 One significantly pleasant surprise was the lack of ruined one-liners from the previews. It’s true that comedy movie trailers have a fine line to walk. They have to show you enough funny stuff to make you want to see the film, but they need to be careful not to ruin all the humorous moments of the movie. This film did a great job of that. They included hysterical dialogue in the previews, then left those lines out of the finished film. Instead, the scenes were cut with other humorous dialogue instead of what we’d already heard in the trailer. Yes, it was slightly strange to be expecting lines and not getting them. But it was also nice not to know exactly what was coming and to not feel like I’d seen the best parts of the movie already.

Another interesting surprise was the film within the film. Starring a couple of highly recognizable faces (I won’t ruin the surprise), the premise and execution of the movie inside the movie is hilariously ridiculous. It adds a whole other layer of fun to this film. 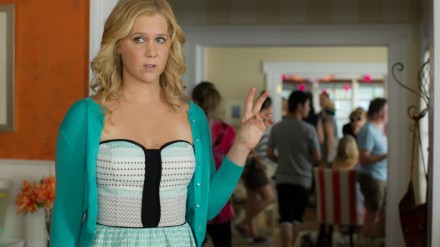 I really enjoyed this movie. When the credits began rolling, I had the urge to stay in my seat and sit through the next showing. I enjoyed the laughs and the mid-level raunchiness (think Forgetting Sarah Marshall, not Ted 2). I have previously not been a fan of or very familiar with Amy Schumer, but I will now be looking for more from her. Judd Apatow delivers as always. And Bill Hader is wonderfully sweet, likable and charming. This movie left me feeling good, entertained and relaxed. It’s definitely a grown-up good time.

Have you seen Trainwreck? What did you think of it? Let me know in the comments.