Okay, geeks. So any Star Wars nerd worth their salt heard the news yesterday, but we at Sister Geeks can’t resist putting in our two cents about the Han Solo origin story film! I don’t know about you, but I can’t wait to hear how mini Han became the adorable rogue we all know and love.

So far, all we know is that it’s been greenlit for a 2018 release, Phil Lord and Christopher Miller of The Lego Movie and 21/22 Jump Street fame will direct, and the script is being written by Lawrence and Jon Kasdan (Lawrence wrote the previous Star Wars films, The Empire Strikes Back, Return of the Jedi, and the upcoming The Force Awakens. Jon is his son and is known for The First Time.)

That leaves plenty of speculation as to who could play our favorite bounty hunter. Below are my top picks. May the debating over who’s hotter/better suited/more fit to play the part begin!

Why? Because he’s adorable, that’s why! Plus he’s a really great actor with just the right comedic timing for the role. 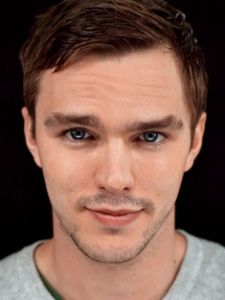 Why? See above photograph. Not only is he adorable enough to give Gustin a run for his money, he kind of looks like a younger, lankier version of Harrison Ford- perfect for those awkward coming-of-age years. Plus, he has that troublemaker twinkle in his eye that makes the ladies’ hearts go a fluttering.

Why? Because he’s practically playing a young Han Solo in everything he does already. Thing is, he may be a bit too old depending on what the writers are going for. I guess we’ll just have to see. *Sigh*

Han says, “Fuhgettaboutit. You’ll never be able to replace me.”

(Disclaimer: Harrison Ford nor Han Solo ever actually said the above quote.)

I have to agree with faux-Solo though. He’ll never be replaced in our hearts!

Who do you think will make the perfect young Han? Let me know in the comments. I’d love to hear your thoughts!

One thought on “Geek News: LET THE SPECULATION BEGIN. WHO WILL PLAY YOUNG HAN SOLO???”