J.K. Rowling is great for a lot of reasons. She created Harry Potter. She is an exceptional wordsmith. She scolds the HP films kids (who are now all grown up) when they bare a bit too much on stage or magazine covers. And among many, many other things, she listens to, responds to and is actively engaged with her fans. For all these things and more, we love her.

Rowling is constantly giving us even more reasons to adore her. This weekend, Jo took to Twitter to answer questions from fans regarding various topics, including why Harry did not honor Remus in his son’s name (he left it for Teddy to use with his children) and hints about the location of the American wizarding school (she’s not giving much away). She also addressed the disappointment many have over not receiving their own Hogwarts letters (like our Sister Geek, Dani). See her magnificent response to this issue below. 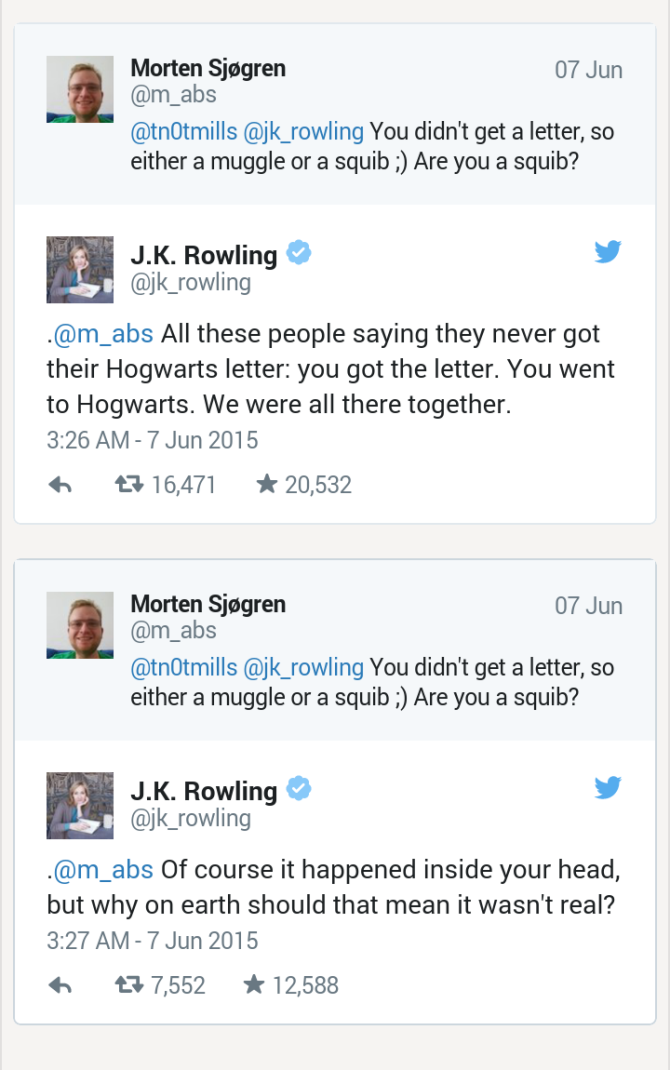 This story was originally reported by themarysue.com.